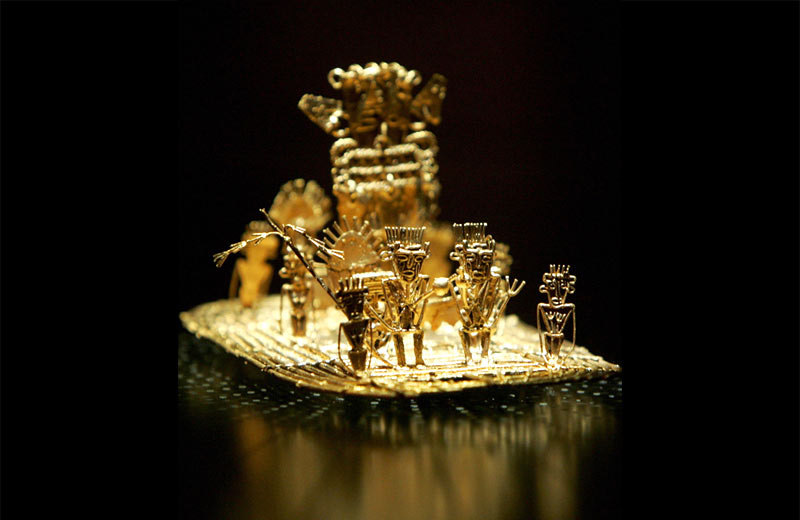 City of untold riches, hidden deep in the heart of the Amazon rainforest, the Mexican king or gilded man, covered from head to toe with gold dust, paradise on Earth and locate the Holy Grail – all this is something unattainable for those seeking riches, and dreamers. Eldorado has always been a symbol of the treasure.

In the XVI century Spanish conquistadors set out on a dangerous journey, hoping to take a glimpse of the golden city. British explorer Sir Walter Raleigh in 1596, pointed to his exact location. Even researchers XXI century do not give up hope to find Eldorado somewhere in the jungle of Peru or on the bottom of the mysterious lake in Colombia. Are all these efforts are in vain? Will ever find Eldorado, or city exists only in myths of indigenous people in Colombia?

Thus, Eldorado is a semi-mythical country. They said that Eldorado is so rich that the treasures in it “are as common as ordinary the boulders are at our place.” It is believed that the origin of the legend of El Dorado marked the discovery of America and customs of the natives, as well as stories that stir the imagination of travelers about the incredible treasures and happy life of the inhabitants of the mysterious El Dorado. 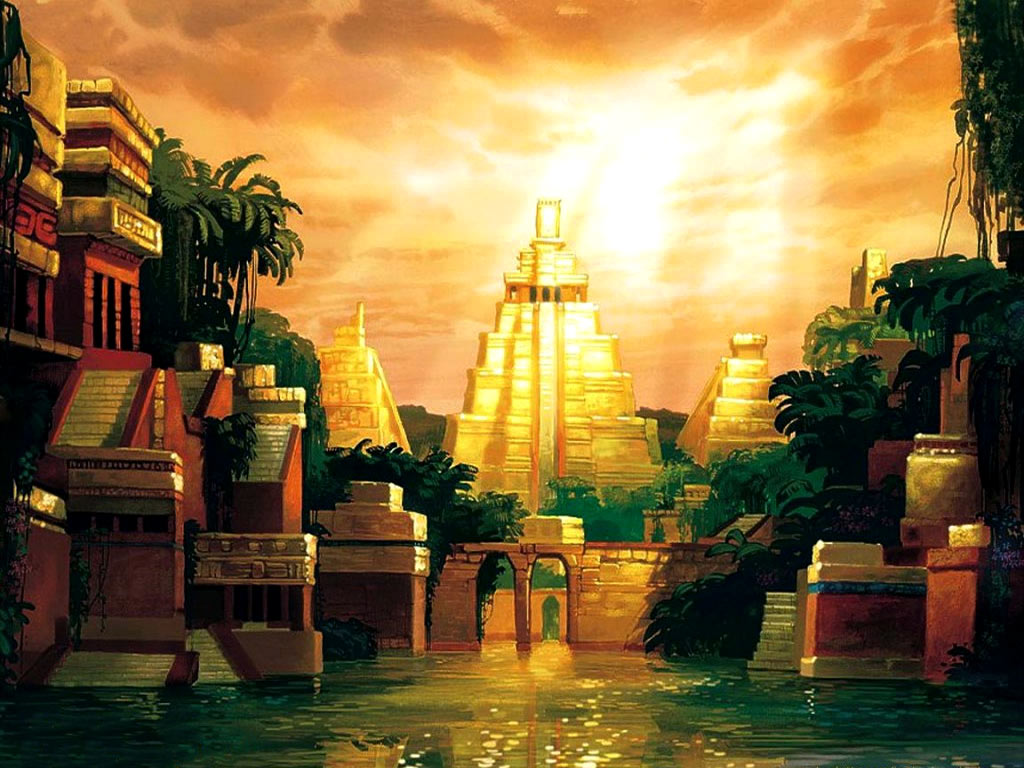 The legend of the golden man (in Spanish – El Dorado) was well known in Colombia and Peru, in the early XVI century. Spaniards arrived here. Some researchers believe that the basis of the legend was the ceremony, a highly developed community that lived at a height of 8,200 feet in the Andes and skillfully handle the gold. Ceremony appointed a new leader, or high priest, apparently, on Lake Guatavita, north of modern Bogotá. Since the ritual, the new ruler of the lake brought a god gifts, then being constructed raft of reeds and filled with incense and perfume. The nude body of the new leader greased embalming resin and coated with a thin layer of gold dust. Then the governor with her four assistants who carried golden crowns, pendants, earrings and other jewelry, sat on the raft, strewn with piles of gold and emeralds, and with musical accompaniment of pipes and flutes raft cast off from the shore and swam to the center of the lake. As soon as he reached the middle, everything calmed down. The leader and his men made a donation – dumped into the water of wealth. Since then the new ruler was considered a leader and master.

The storyline could have developed like this: At the time of the Spanish conquest a group of rebellious of Inca warriors managed to slip out of the hands of the conquistadors and flee to the mountains of Venezuela. The rebels allegedly took away a lot of gold and precious stones, and founded a new empire. Captive Indians retold of rich land, located just around the corner, to the east of the city of Quito, where people were swimming in gold.

Moreover, in a letter to the King of Spain, Carlos V conquistador Gonzalo Pizarro mentioned the rich lands at Lake Eldorado, probably referring to the above described ceremony. Pizarro was one of the Spanish conquerors, who dreamed of finding the legendary lost city. 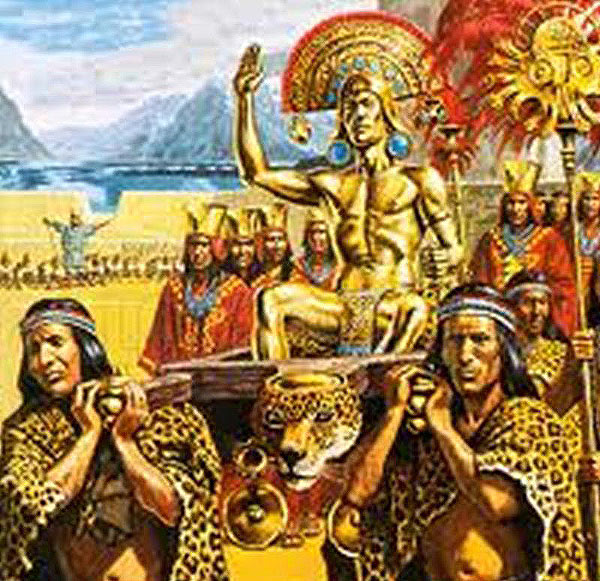 While talking about the legends of El Dorado it should be referred that, except for gold, the Spaniards were interested in cinnamon, which was used by the Indians. In Europe, spices highly valued as they were actively used for food preservation (freezing has not yet been invented), and their sales were very profitable. Conquistadors learned from the local population, the spices are grown tribes living east of Quito. In February 1541 the expedition of 220 Spanish adventurers and 4000 Indian porters, led by Gonzalo Pizarro and Lieutenant Francisco de Quito Orelano left in search of cinnamon and the mysterious El Dorado. Fanatical search box was often accompanied by barbarous torture. Pizarro tormented the Indians as long as they did not tell him what he wanted to know about hidden gold and cinnamon. The expedition preceded along the rivers Coca and Napo. But the food quickly to an end, and soon more than half of the Spaniards and 3,000 Indians died. In February 1542 the expedition was divided into two parts: Francisco de Orelano headed down the Napo and Pizarro decided to return to Quito by land. From Napo Orelano went to the Amazon and sailed down the river to the Atlantic Ocean, which was quite a feat. Nevertheless, Eldorado was not found by any of those ones.

However, the Spaniards did not stop. Coveted gold and spices attracted travelers. Most of the XVI century went in search of great wealth. Searchers believe that there are treasures hidden in some unknown place – in the jungle or the mountains of Ecuador and Colombia. In 1568, a rich explorer and conquistador Gonzalo Jimenez de Quesada was ordered by King Philip searched southern llanos – extensive tropical plains of Colombia with high grass. In December 1569 expedition of 300 Spaniards and 1,500 Indians left the capital of Colombia, Bogota and went in search of El Dorado. But the harsh conditions of dull, full of mosquitos’ swamps and desert plains destroyed the expedition, three years later, Quesada returned to Bogota with 64 Spaniards and four Indians. 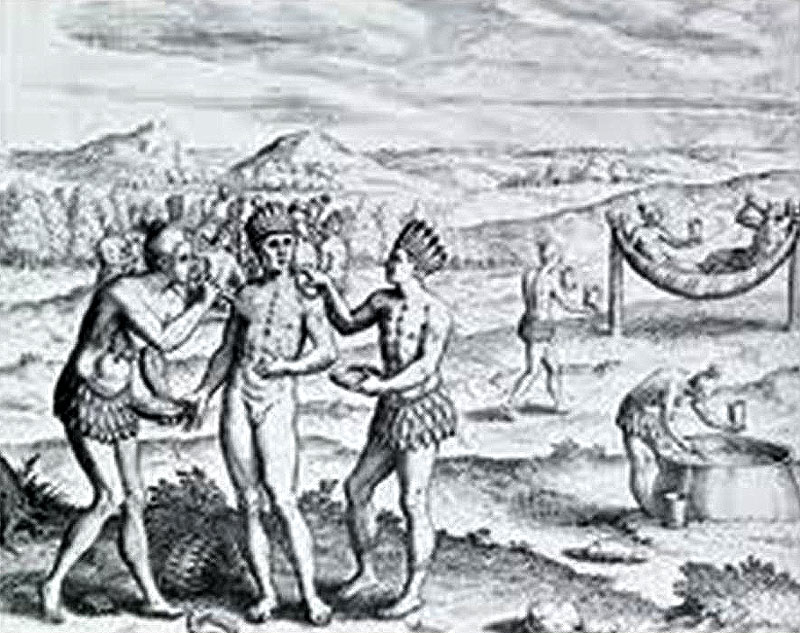 However, today the dream of Eldorado excites the minds of adventurers. In 2000, American explorer Gene Savoy reported that the most pristine rainforest in eastern Peru, he found the lost city of pre-Columbian America Kahamarkilya. Some members of his team suggested that the local churches and burial may be the ruins of the legendary Eldorado. In 2002, the Polish-Italian journalist and researcher named JacekPalkiewicz said his expedition to locate El Dorado – on a plateau at the lake near the Manu National Park, which to the south-east of the capital of Peru, Lima. In both the first and second case studies are ongoing.

Although searches have been conducted for more than 450 years, since the Spanish expeditions in the middle of the XVI.,nobody managed to get even close to the alluring wealth of Eldorado. Eldorado was the metaphor for targeted search of wealth, which is always somewhere nearby and always unattainable. There is no doubt that in the vast expanses of the Amazon rain forest enthusiasts will find many more prehistoric cities, but El Dorado, the golden man or golden city I believe, stride only in the imagination of people eager to find a quick way of dressing.