Pompeii is a magnificent ancient city-museum, located near Naples, in the Italian region of Campania, in the territory of the commune of Pompeii. Pompeii was partially destroyed and buried in the ashes by the eruption of Vesuvius in 79 AD. 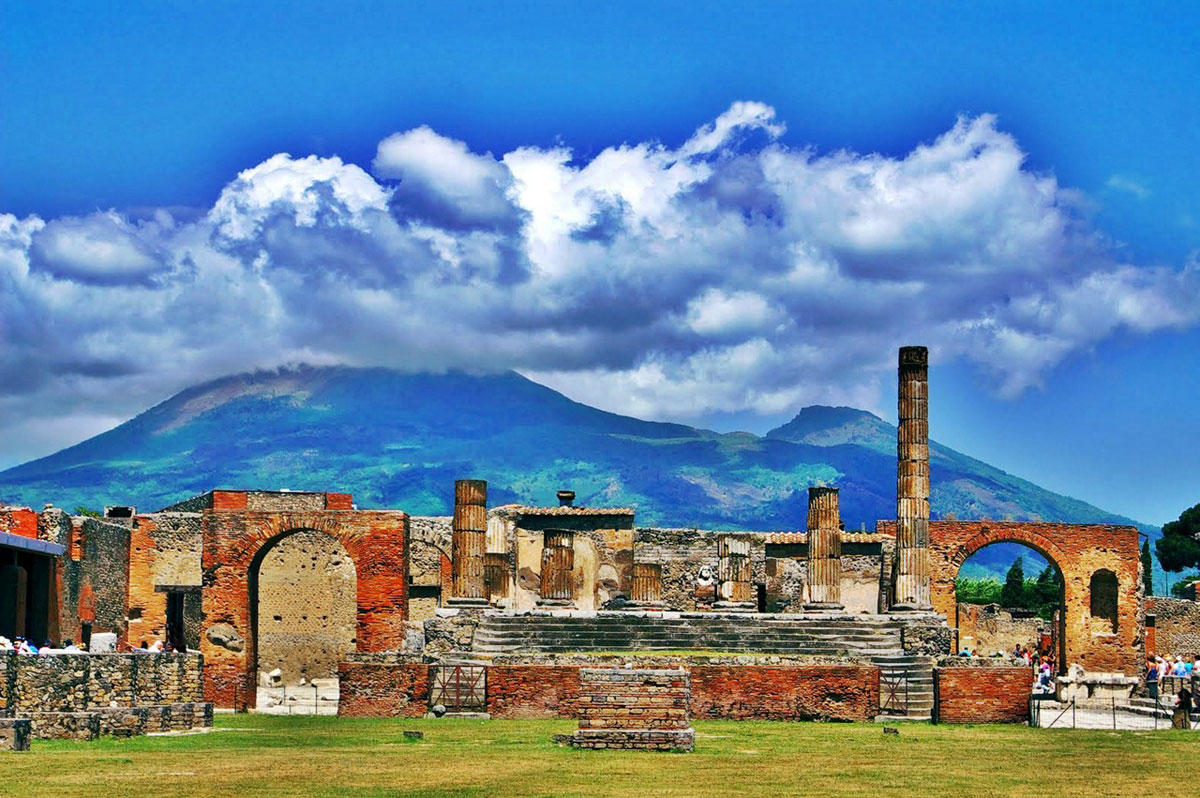 The city was founded in the 17th century BC, by the mountain tribes of Oski, where it was built on frozen volcanic lava, completely unaware of any of the origin of such a foundation, nor the fertility of soil.From today’s perspective it seems quite unexplainable based on what advantages was the place selected. The reason of this could have been that, in those days, Vesuvius seemed quite harmless to the inhabitants of the area. 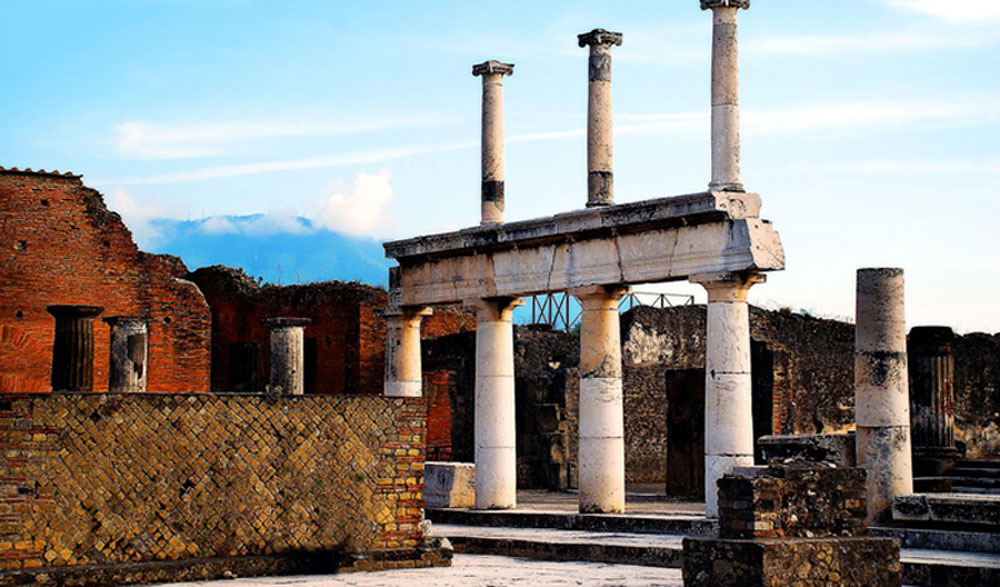 Pompeii was a city of approximately 20,000 residents. In many ways it was very progressive: Pompeii had indoor running water, a thriving marketplace, an amphitheater for entertainment and a structured government.
Pompeii also contained public baths, cobblestone streets, sidewalks and many private shops where its residents could purchase almost anything they wanted. Since Pompeii was a port city located on the blue waters of the Bay of Naples, the people who lived there could take advantage of the many ships that made port in Pompeii. They brought goods from many other locations to trade, and sell in Pompeii and other Roman cities.

The people themselves were typical of the Roman Empire at that time. There were several classes in Roman society, starting with the very wealthy and ending with slaves. The slaves were usually people who had been captured and enslaved following a war. They served the wealthier Romans and were the lowest class of people in Roman society.

It was inevitable that Pompeii would fall under the domination of Rome at the beginning of the Samnite Wars. Thus, Pompeii became a Roman colony in 80 B.C., taking the name “Colonia Veneria Cornelia Pompeii” which refers to both her conquerer and to the goddess Venus. 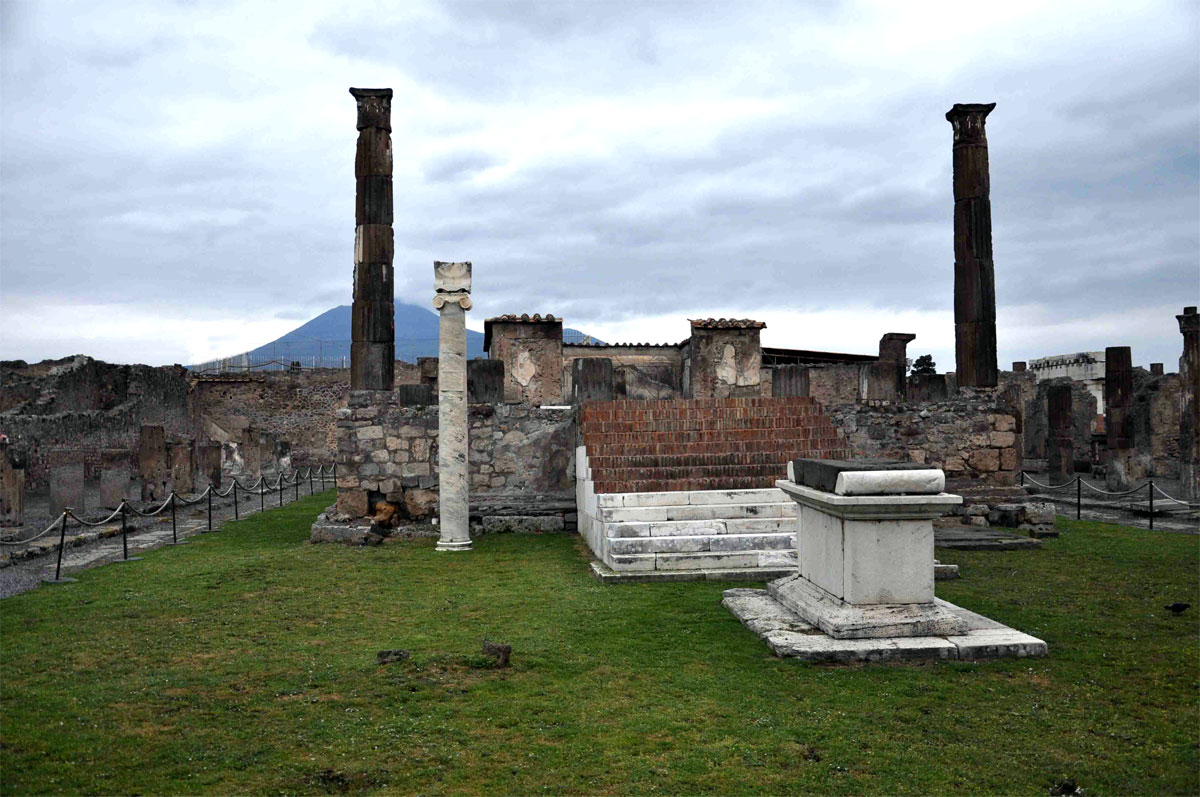 It is very interesting to observe what level of cultural and social life the city had itself. As long as this is a very objective way to discover development rate of the society living there, I would like to refer your attention to the archeological findings. Pompeii seems to be quite flourishing by that time. Public buildings and temples, Large Theatre in the south, and the Amphitheatre located in the east, are pure evidence of this statement.
[ADS2]
However, peace and harmony didn’t last long for the civic part of the city as in the early afternoon hours of August 24, 79 A.D. the summit of Mount Vesuvius exploded without warning. A black river of ash and lapilli ran from the crater of the volcano down through the city of Pompeii leaving death and destruction in its wake. The magnificent ancient city of Pompeii was left buried under about 20 feet of earth and ash. 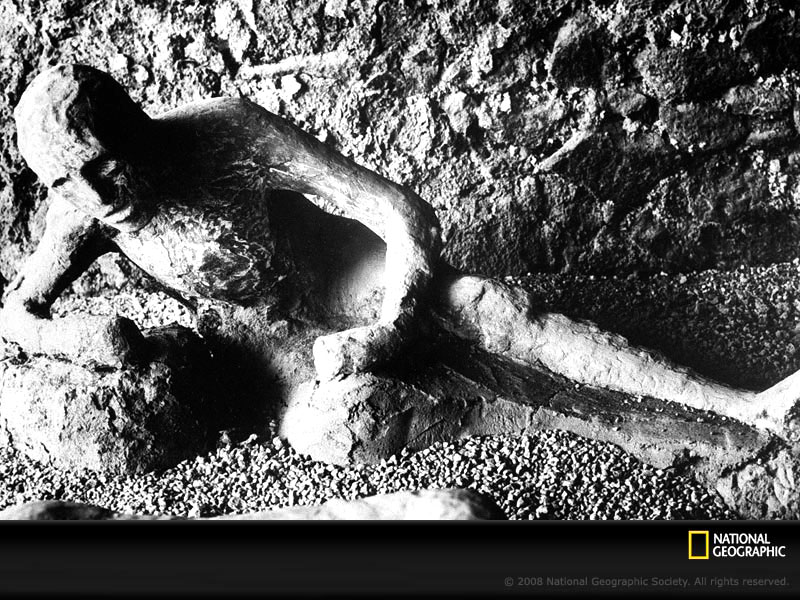 Unrestrained interest towards the site can be proved by the sole fact that, archeologists all over the world still visit and try to explore the place. Up to now, about 80% of the ruins at Pompeii have been excavated and studied, giving us a picture of how the city was built and organized. Pompeii was surrounded by a three-kilometer wall containing eight gates. Apparently, about two-thirds of the walled city was occupied by private buildings including shops, offices, inns and houses. The area outside the city gates was the Necropolis or cemetery for the spiritual beliefs of the resident citizens. 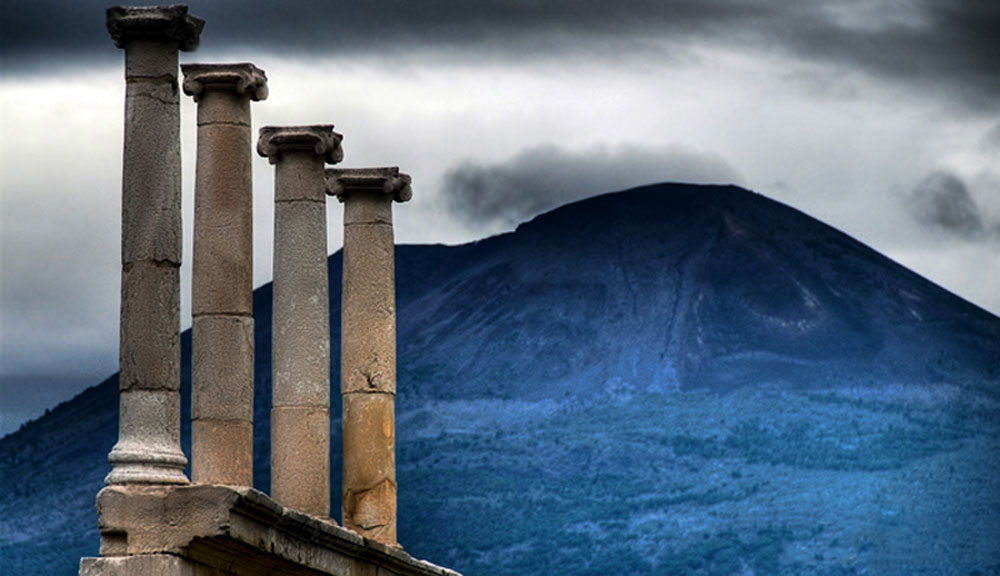 Overall, it can be said that Pompeii still renders thousands of people’s attention all over the world. Its name has never been forgotten, and its great past still delights dozens of foreign visitors.