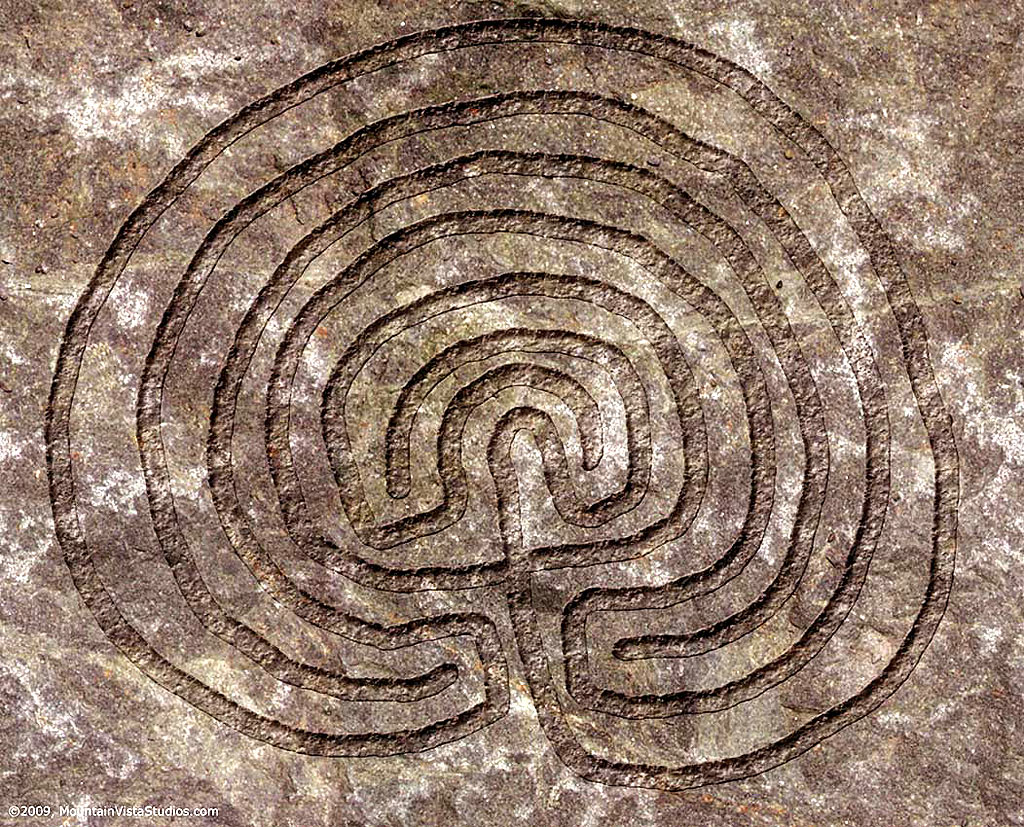 In 1900, the 48-year-old Englishman Arthur Evans began excavations on the island of Crete. Much more than a case of science, former correspondent of the newspaper “Manchester Guardian” was inspired by the heroes of Greek myths and lines from the “Odyssey”: “The island of Crete is in the middle of the wine-colored sea … one can hear different languages there: Pelasgians, in Knossos living … There really was a King Minos … ” and so much other. Homer had once helped archeology: Heinrich Schliemann, using the “Iliad” as a “guide”, has managed to dig up Troy and Mycenae.

Evans wanted to repeat his success in Crete. Of course, nobody could have imagined that a thick layer of sun-baked earth lie the ruins of the ancient civilization in Europe. Evans called it “Minoan” after the legendary Minos. After a sensational excavation on Crete myths made flesh and blood, as, perhaps, Evans would like. But a lot of them just did not seem a literary coincidence. For example, the fact that Zeus – the father of gods and men – was born in Crete, is now perceived as a completely natural event. 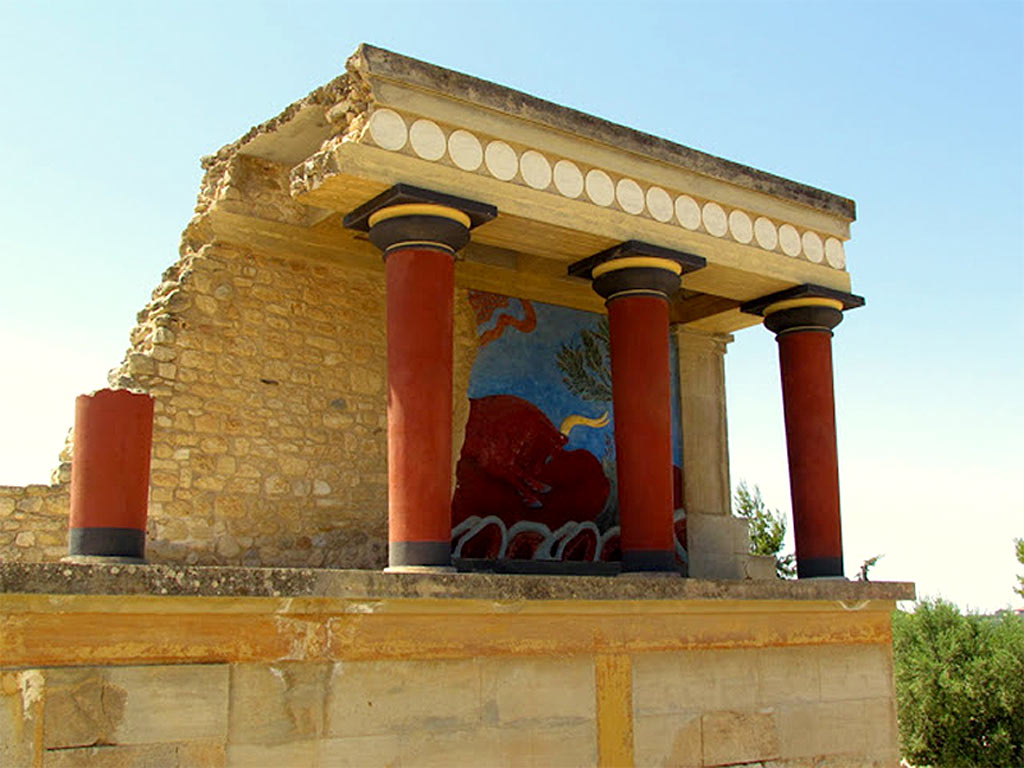 Zeus is known, was the son of the earth goddess Rhea, and the god of the Sky Cronus. In accordance to the prediction,Cronuswould have been killed by the hands of his own son, and thus, to protect himself from attacks of his immortal heirs, he swallowed them as birth and kept in his stomach. Rhea was inconsolable, and when the time came to finally give birth to her last son, she fled to Crete, where they gave birth to Zeus. Zeus was grown hidden in two caves – Dikte and Ida (both archaeologists found large Minoan sanctuary). Cronus was in the dark, until one day the grown up and matured Zeus appeared to him and did not fulfill the prediction. Defeated Cronus spewed all the swallowed brothers and sisters of Zeus, including Poseidon and Hera. Subsequently it to Crete, to the native caves, Zeus brought the Phoenician princess abducted to Europe, who bore him three sons here: Radamanta, Sarpedon and Minos – the wisest of all the kings of Crete.

Once Poseidon, who was a god of the sea depths, sent Minos one handsome white bull for sacrificing it. Minos broke a promise to the patron, and as a result, angry Poseidon enchanted Minos wife Pasiphae, causing her to fall in love with the hapless bull. The fruit of fatal and evil passions, Minotaur half bull – falf man – has become a curse and shame of King Minos. Wanting to hide from human eyes Minotaur, Minos ordered Daedalus, the famous Athenian master, who lived in exile in Crete, build a palace with the difficult transition, known to us as the Labyrinth… 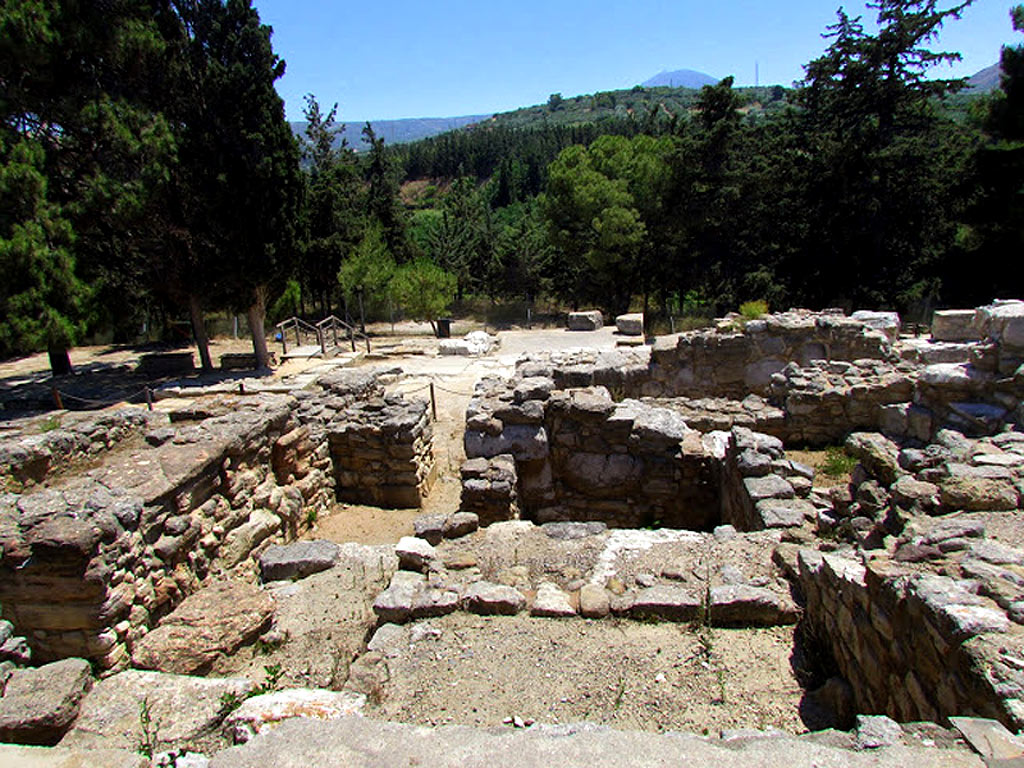 However, Evans was not the first who tried to find Knossos. 20 years earlier thatnhim, an amateur archaeologist Minos Kalokerinos laid several deep trenches in 5 kilometers from Candia (now called Heraklion). On the territory of the “Hill of the Lord” contours of the land enormous structure were found. Objects found in the ground Kalokerinos kept at the British consulate in Kandy, where he worked as a translator. Collection was so successful that it attracted the attention of archaeologists. Noticing the increased interest in the excavations, the Turkish hosts of the land, where Knossos was lately discovered, sharply raised the price of land. Consequently, all work had to be suspended indefinitely.

In 1886 Crete was visited by world-famous, already 63-years old Schliemann. Ambitious archeologist,who caused an irreparable damage during his unprofessional excavationto his discoveries: Troy and Mycenae, was back to make another astonishing discovery. Schliemann had enough money, and hence, he immediately signed a contract to purchase the territory of Knossos, including all what was in there. However, lately, counting olive trees growing almost all over the land belonging to him, he suddenly discovered that they were three times less than promised by the contract. Enraged by the fact that that he was beinglied, an inflated archaeologist terminated a deal with the Turks.

Evans came to Crete in 1894, being not only fascinated archeologist, but experienced historian and journalist, who had passed the Balkans brutal school of communication with the Turkish authorities. Like Schliemann, he met with a collection of Kalokerinosa (which 4 years later was burned together with the British consulate) and in the miniature seals, the sighted eyes of Evans distinguished icons of previously non-discovered letter.

Even though Evans suffered of a big impatience, he could not get to work during 6 years, until Crete became a Greek autonomy and social activist Joseph Natsidakis helped Evans Knossos.

Ambitions prevented Arthur Evans focus on scientific research. He could not wait to show the world his discovery – the labyrinth, which he once called “Palace of Minos”, which was under the hypnotic influence of the myths. 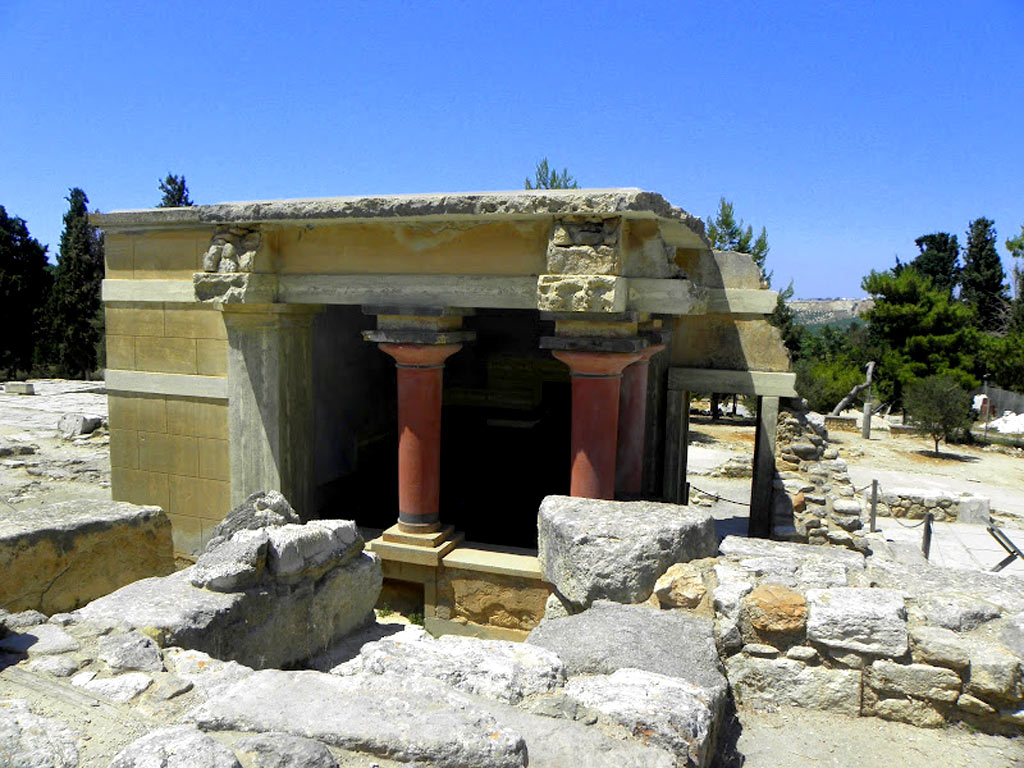 Excavations continued with the speed light for the archeology. Tens thousands of objects were found and saved on the shelves. Evan had neither time nor energy to deal with all these treasures.Over the next decade, most of the findings disappeared, the remaining was eaten by rats and insects, but in the years of excavation Evans thought little of the future: he was possessed by inspiration.To his credit should be noted that he didn’t export findings outside Greece: priceless masterpieces of ancient art stayed in the museums of Crete and Athens. Evans still spent enormous personal funds for the expansion and improvement of sites, trying to connect to the Knossos archaeological value of tourist attractions. He died in 1935, at the ripe age, completing the fundamental four-volume work “Palace of Minos” and presenting humanity unique culture that personally learned from historical oblivion.

Real image of the Palace-Maze fully justify the myth that has developed around it. It was a huge building with a total area of 22 thousand meters, which had at least 5-6 levels above ground floor, connected by walkways and staircases, and a number of underground crypts. Number of rooms in it was believed to be approximately thousand. To protect the shabby walls of the Palace from the damaging effects of the sun and the rain, Evans did not hesitate and strengthened them with cement. Moreover, those walls that appeared from the older period broke and others built instead, shaping the image of the Palace, in accordance with his own ideas. On the one hand, it certainly saved Knossos, on the other – no one now knows how the labyrinth actually looked alike… 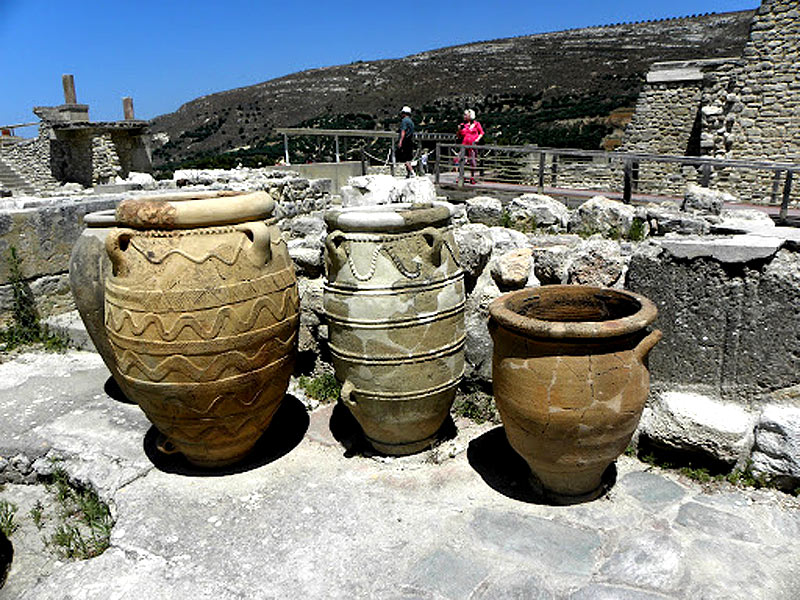 Rest of the Labyrinth still attracts huge attention from lots of travelers and stays as one of the sightseeing destinations for adventurers.