The existence of a mysterious ancient civilizations calendar was presented Jose Arguelles in his book “The Mayan Factor.” This knowledge of the ancient “people” part came to us through the millennia. The prediction says, the fourth era of the twenty-first of the Sun ends in December 2013, at this time on earth will happen many disasters, so many people will die, they will forget their origin and history. During this period, children are born in the world of the new race; they will have different skin color and will live in different parts of the Earth survived. It is these children and restore the ecological balance of the earth and spiritual balance, people will find love again, restore its ancient roots, will live happily ever after. 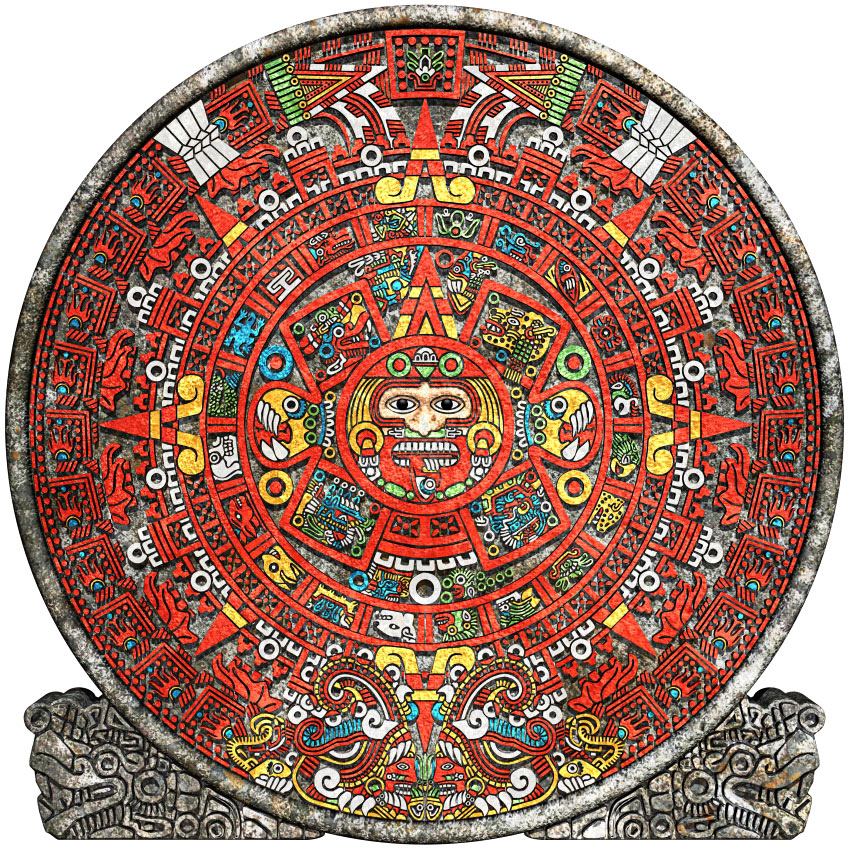 Most importantly, few people know the person who translated Mayan hieroglyphics. It was made by scientist from the USSR Knorozov, and for this he was awarded the Order of the Government of Mexico, the Silver Eagle. The medal may be said, was posthumously given to him, as the government of the USSR has not released a scientist to get the order. He remained known in small circles, and few people know the person, who has done an outstanding job in deciphering the history of ancient Maya civilization.

Official science cannot prove when and in which circumstances the Sacred Calendar was created. This story is shrouded in mystery, secrets,and history of covered, unknown, ancient civilizations. Until now, science cannot explain the depth of knowledge and wisdom of the creators. The content of the calendar is so deep that it is impossible to determine how much ahead of us they were by that time in the development of ancient civilizations. “The priests of the Sacred Calendar,” say that our ancestors came to Earth from the stars. All people are the descendants of the creatures from the distant and unknown universe.They believe that our story really starts from far “Milky Way”.

Since ancient days, people have tried to preserve the history. They used the knowledge acquired from the people about how the demigods visited our planet. According to legend, these creatures helped people survive the “Flood.” They helped to build the city, and left many mysterious things, “gifts”. One of such gifts is considered the Sacred Calendar. They donated twenty sacred calendars, all of which were different and designed for different purposes.

What the man considered most important about all these calendars?! That’s quite topic which stays unrevealed. Many times this calendar was named differently. Europeans gave him the name TZOLKIN similar to the two words of the Mayan language: TZOL (order or path) and CIN (day or the sun). This name arose because in the language of the younger civilization of the Aztecs called this calendar TONALPOHUALLI, meaning “count of days” or “computation path of the Sun.” So, the European scholars simply transferred from the language of the Aztecs the name TONALPOHUALLI. The Indians called it something like “the good gift of the day.”

Happy is he who was born on the day of sign-Mais! In the mythology of ancient Mexico that day was the birthday of plumage snake that gave people the light and day, in the afternoon, when the gods came down to Earth. Maize is one day-signs which are considered favorable for those who are preparing themselves shamans of Sacred Calendar. 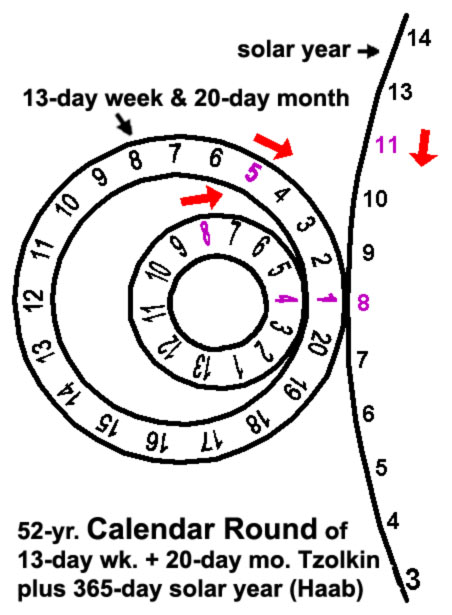 It was believed that the Mayan calendar helped to calculate the days and program of your existing live for the soul, in harmony with the environment. In the thirteenth year of two thousand an era of the Fifth Sun, the Mayan calendar predicts it, and prepares people for the transition to a new era, the era of the white jaguar.

It is interesting to know, that the Maya calendar uses three different dating systems in parallel, the Long Count, the Tzolkin (divine calendar), and the Haab (civil calendar). Of these, only the Haab has a direct relationship to the length of the year.

Lots of people stay wondering what will happen on the 21st of December, there are lots of discussions going on, whether if we are about to collapse in big catastrophe or if this is following myth, which should be left behind in the deep history. 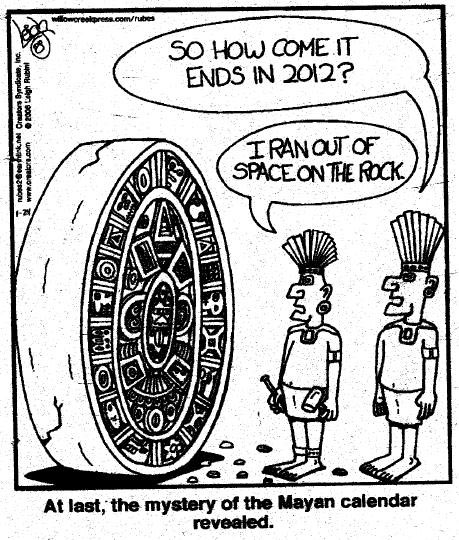 At the end of this article, I would like to reiterate the words of Carl Johan Calleman’s words when talking about the Mayan Calendar:

“When we talk about the Mayan Calendar something profoundly different is also meant than just a system to mark off the passage of time. The Mayan Calendar is above all a prophetic calendar that may help us understand the past and foresee the future. It is a calendar of the Ages that describes how the progression of Heavens and Underworlds condition the human consciousness and thus the frames for our thoughts and actions within a given Age. The Mayan Calendar provides an exact schedule for the Cosmic Plan and the unfolding of all things that come into existence. There is now ample empirical evidence for this, something that shines new light on the age old questions of mankind. Things do exist for a reason. The reason is that they fit into the divine cosmic plan. For those that seriously engage in a study of the Mayan Calendar this soon becomes evident and the former materialist world view loses all relevance. The Mayan Calendar is a gateway to the worlds of consciousness which the majority of humanity has been blinded to through the use of false or delusory calendars.”

← The Egyptian Calendar
Nemrut Dag – The Mountain of the gods →