Egyptian civilization arose on the banks of the Nile about 6000 years ago. The state was one of the richest and most powerful in the ancient world. His wealth and the very existence of Egypt was obliged to the great river – the Nile, or rather its annual flooding, leave the fields fertile silt. This provided the farmers higher yields, and all the Egyptians – peace and prosperity. That’s because, it was so important to know in advance when Neil comes out of its coasts. 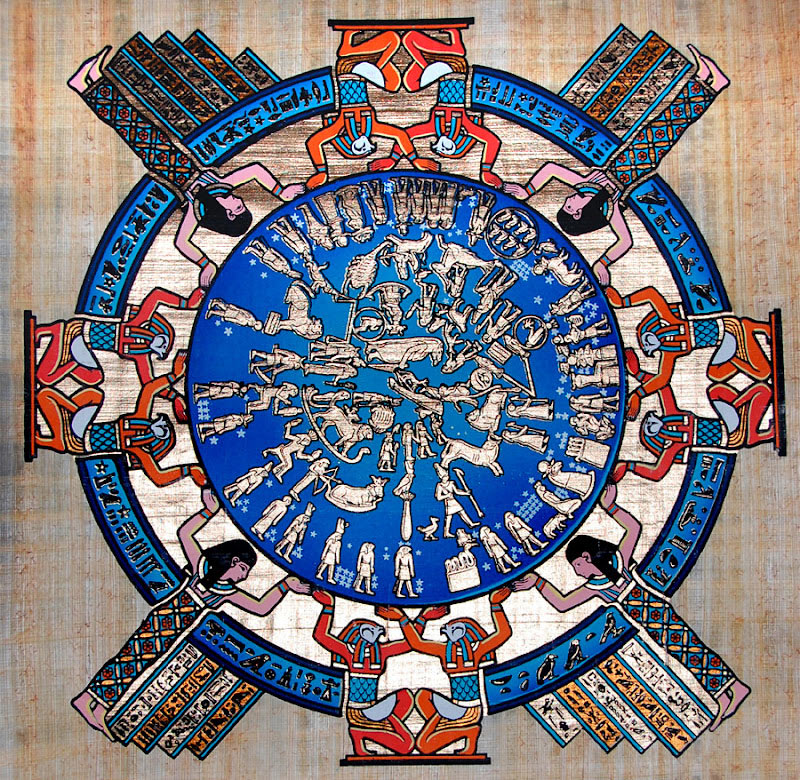 Egyptian priests, who were engaged in this country’s astronomical observations, once said that before flooding from the Nile in the morning, pre-dawn sky was visible to a huge bright star in the constellation Canis Major. They called it “Sothis”, which meant “shining.” Its other name is Anubis, the “dog star” named after constellations. The modern name of this star is Sirius.

Sunrise star coincided not only with the flooding of the Nile, but the summer solstice, the time when the sun reaches its highest position in the sky. While counting the days from one summer solstice to another, the Egyptians determined the approximate length of the solar (tropical) year. They got 360 days. It happened in the third millennium BC, and since then Egypt is home to the first solar calendar. 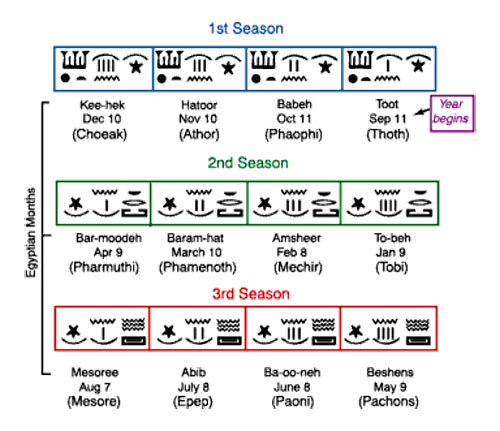 Myths and legends played a huge role in the life of the ancient Egyptians. Not very rare in a history that science and mythology mixed, creating a something new, non-standard in our view look. And It is believed that even such a thing as the Egyptian calendar could not exist without the intervention of religion.

The invention of the first calendar attributed to the architect Imhotep, 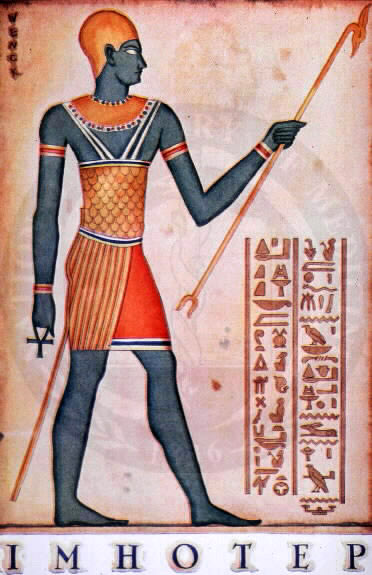 who designed the step pyramid for Pharaoh Djoser of the third dynasty. Nearly 2,000 years after the death he was believed to be a sacred patron of architecture and medicine. By all accounts it is clear that this man has done a lot for his country.

According to the Ebers Papyrus, the year of the Egyptians originally consisted of only 12 months of 30 days. But then the priests issued a decree “on the need to bring the calendar in line with the existing structure of the world.” This decree ordered every four years to add one day to a year of 360 days, and was later ordered to add five days. It is interesting to know that Egyptians associated the beginning of the year with an appearance of the star Sirius on the morning sky, which they called Sothis.

Most of the Egyptian calendar months are named in honor of the various deities to whom they were dedicated. So, the – the first month of the year in the ancient Egyptian religion – was dedicated to the god of the moon and wisdom Atir month was dedicated to the goddess Hathor, famenot – deified king Amenophis. Month name farmuti linked to the Egyptian goddess Ermuty, pahon – with the Egyptian god Khonsu, etc. Month Piney dedicated to “the valley of the holiday,” and mesori dedicated to “the birth of the Sun.” Each month was divided into three great weeks of 10 days each, and used small weeks, 5 days each. The Greeks called it the “Decade” and “pentad.” In addition to dividing the months year was also divided into 3 to 4 months of the season in each: the flood of the Nile, the planting and harvest time. 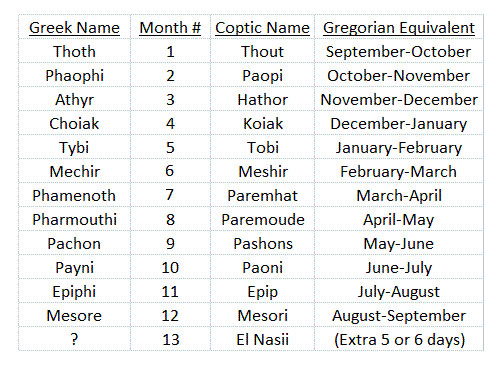 Further observations allowed the Egyptians to specify the duration of the year, it was found to be 365 days. However, to publish his discovery priests dared not immediately. Calendar venerated as a shrine, and the Pharaohs – the rulers of Egypt – on taking the throne swore not to make any changes. Therefore, to support reform of the calendar was invented legend.

According to them, the earth god Geb and the sky goddess Nut decided to marry. But their alliance was wicked in the sun-god Ra. He was terribly angry, cursed Nut and told her that her children would not be born in any month of the year.

Nut distressed asked for help and wisdom of the moon god Thoth. He proposed the night luminary – the moon – to play with him to the bone. Luna agreed, and he won it 1/72 of its light. Out of this world he made five additional days and put them at the end of the year, regardless months. And in these days Nut had children: Osiris, Horus, Set, Isis and Nephthys. They too were worshiped as gods.

Ra changed to temper justice with mercy; those five days were given to him, and rose to the solar year of 365 days. As the moon has lost its light, its year decreased to 355 days.

That’s the way the Egyptian calendar was created and changed lately.

← Pyramid of the Sun, Moon and Dead Path in Mysterious city of Teotihuaca
The Mayan Calendar →