The majestic, divine, radiant, and, despite its 74-meter height, a light and airy, which is like a fantastic dream, raises in the valley of the river Yamuna the TajMahal – the most beautiful architectural creation of India and, perhaps, the whole earth. High in the sky rushing white marble domes – one large and four small, the chaste outlines of which you can guess the female form. 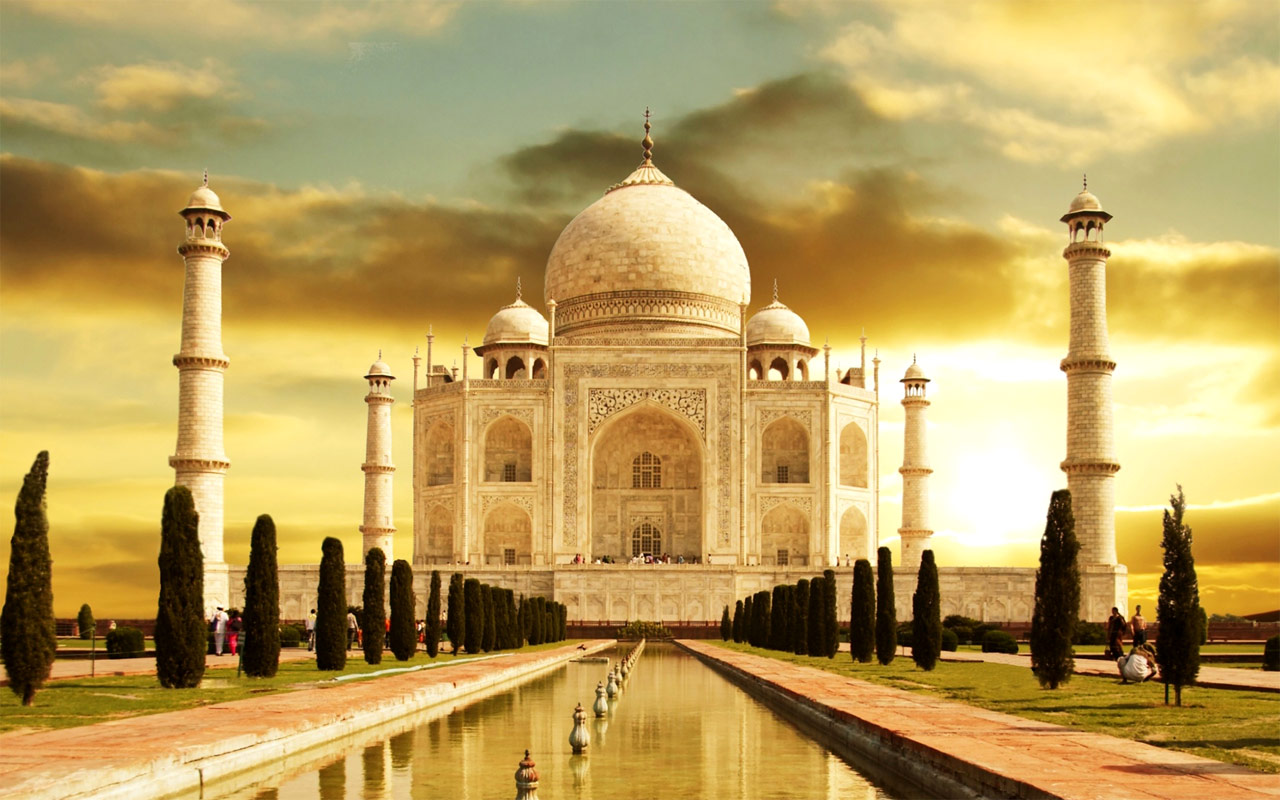 Reflected in the stationary surface of the artificial channel the TajMahal floats before us, showing an example of an extraterrestrial beauty and perfect harmony. But not only has the architectural excellence of TajMahal attracted millions of travelers from around the world. No less an impression on the hearts of people makes it come. The story is more like a fairy tale or legend east, where any poet would envy.

This Mausoleum is resemblance of tender love story of Mughal Muslim kingShah Jahan for his wife – the fabulous beauty MumtazMahal. 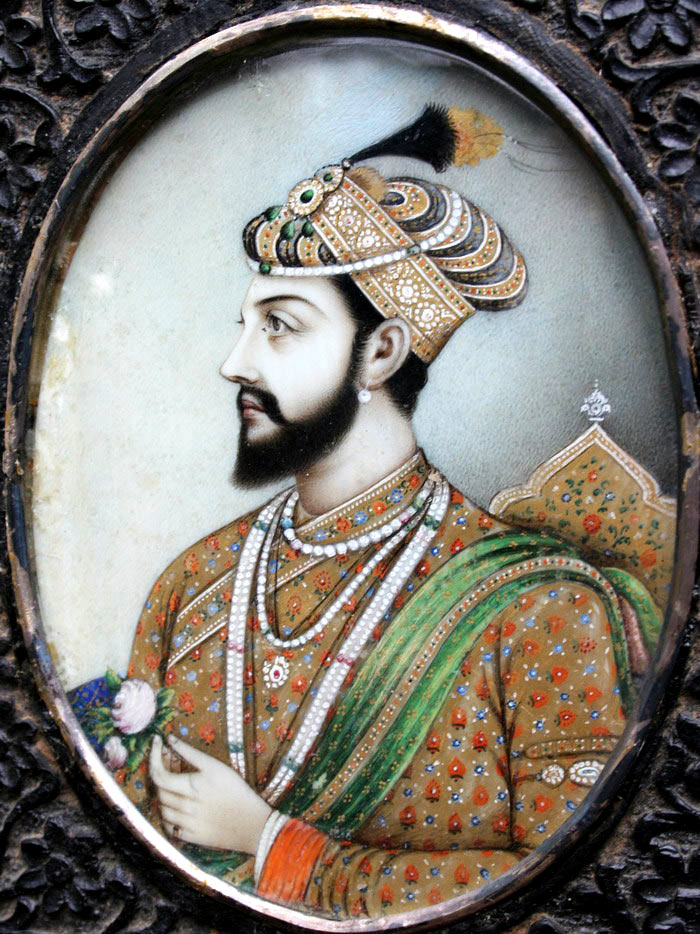 Shah Jahan was still a prince, when, in the early XVII century, he married a girl of nineteen. The young couple loved each other dearly. Despite the fact that Shah Jahan, as any oriental ruler, had a large harem, he was so in love with his young wife did not pay any attention to other women. Beloved wife gave birth to his master eight sons and six daughters. But, shortly after the birth of the beautiful Mumtaz fourteenth child she died. 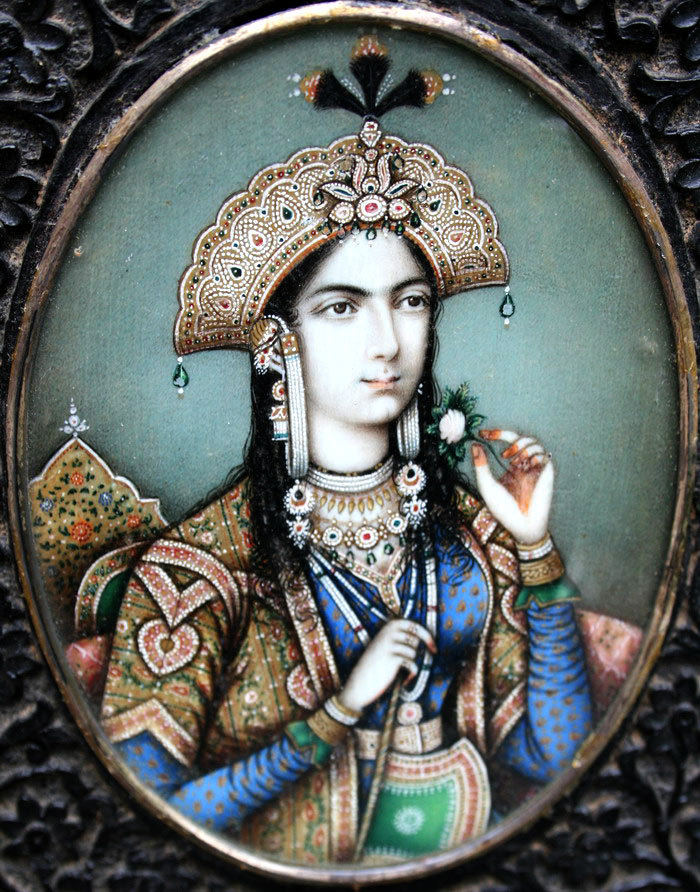 Earthly heart could not stand for extraterrestrial love. Shah Jahan was grief so great that he wanted to commit suicide. A life without his lover seemed devoid of meaning and joy. At the deathbed of his wife the king turned gray with grief. And soon, the country announced a two-year mourning period, during which banned parties, dances and music. Later, in Agra, the former capital of the Mogul empire, over the tomb of Mumtaz ascended the mausoleum, which, according to a plan of Shah Jahan, has become a symbol of his fabulous wife of the deceased.

The construction of this grand mausoleum, having surpassing beauty and size of all the others lasted for more than twenty years. More than twenty thousand people participated in it, including top architects and architects invited from Persia, Turkey, Samarkand, Venice and India itself. The finished product is startling in its perfection and beauty of its lines and colors. Indeed, it is a miracle of miracles for centuries.

The height of the TajMahal, along with the dome reaches 74 meters. In the corners of the mausoleum raised four graceful minarets at a height of 42 meters. The walls of the TajMahal lined with white polished marble, shining like snow under the rays of the midday sun. Perfect for its perfect forms, the TajMahal and its striking details – exquisite carving, openwork grilles and precious colored stones, sparkling in a snow-white walls. 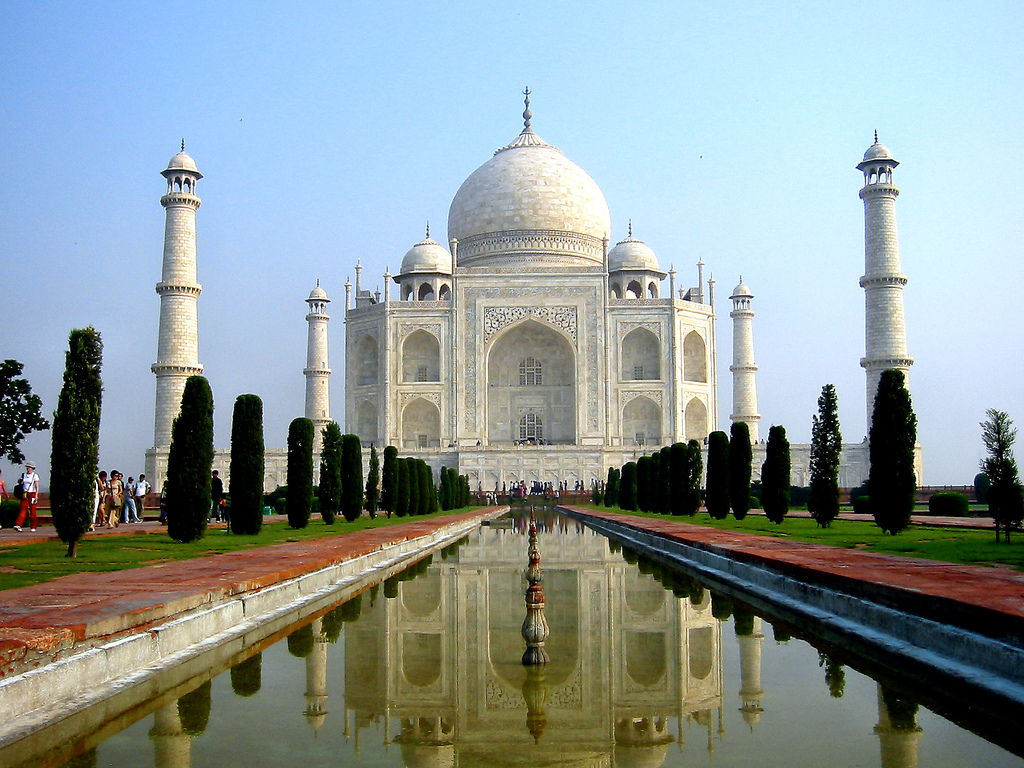 Vaulted passages decorated with Arabic script, imprinted on a rock some of the verses of the Qur’an. Around the TajMahal was laid out a magnificent park with ornamental lakes, fountains and canals, which took a total of 18 hectares. Unlike other facilities, which are usually placed in the center of the garden, TajMahal is located at its end, as his crown.[ADS2]Along the artificial channel with fountains, cypress trees were planted, the shape of crowns that echo the domed minarets. Left and right of the mausoleum are two fine mosques, made of red sandstone, its white color shading to the walls. (In fact, this mosque is the only one of them – the one that faces the east, and the second structure is known as Jawab). Emerald-green lawns and large colorful flowers complete the picture, making it quite magical and fantastic.Adjusted and harmonious lines of the garden, combined with its crown – the mausoleum, hovering like a cloud over the earth – have created a unique in its beauty of art. 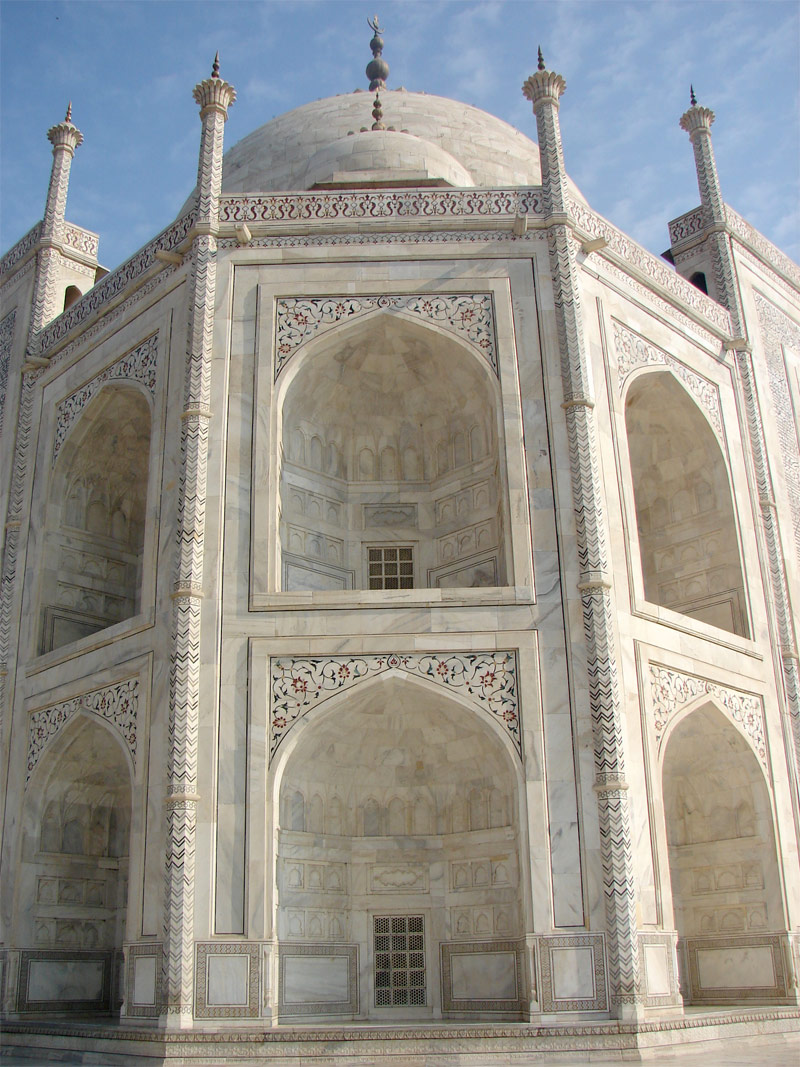 On the other bank of the Yamuna, opposite the TajMahal, Shah Jahan wanted to buildanother tomb – for himself. According to the plan, his mausoleum had to resemble the form of the TajMahal, but it would not be made of white and black marble. Both of the mausoleums were supposed to be connect by bridge. But, the grandiose plans and designs ofShah Jahan were destined to fail. As often happens in history, by fate the King suddenlylost their power.Later the king was buried in the same tomb; next to his beloved. Such is the beautiful and sad story, which gave us samples of the great loveand great creativity.

TajMahal is the one of the most wonderful and the great Indo-Islamic work of art, which is regardedtoday as the most beautiful structure on earth, which is an obligatory place to visit for anyone traveling to this amazing country. I hope fellow readers of this post will find in their life time andthe opportunity to witness this wonderful miracle. That’s because none of the photos transmit the enthusiasm, joy and happiness, which cover the man who finds himself/herself next to it.