Stonehenge, rising in splendid isolation above the grassy plain of Salisbury in southern England is probably the most famous prehistoric monument in the world. Visited annually by hundreds of thousands of people giving food to the minds of many generations of historians and archaeologists, Stonehenge has become synonymous with the ancient mysteries. 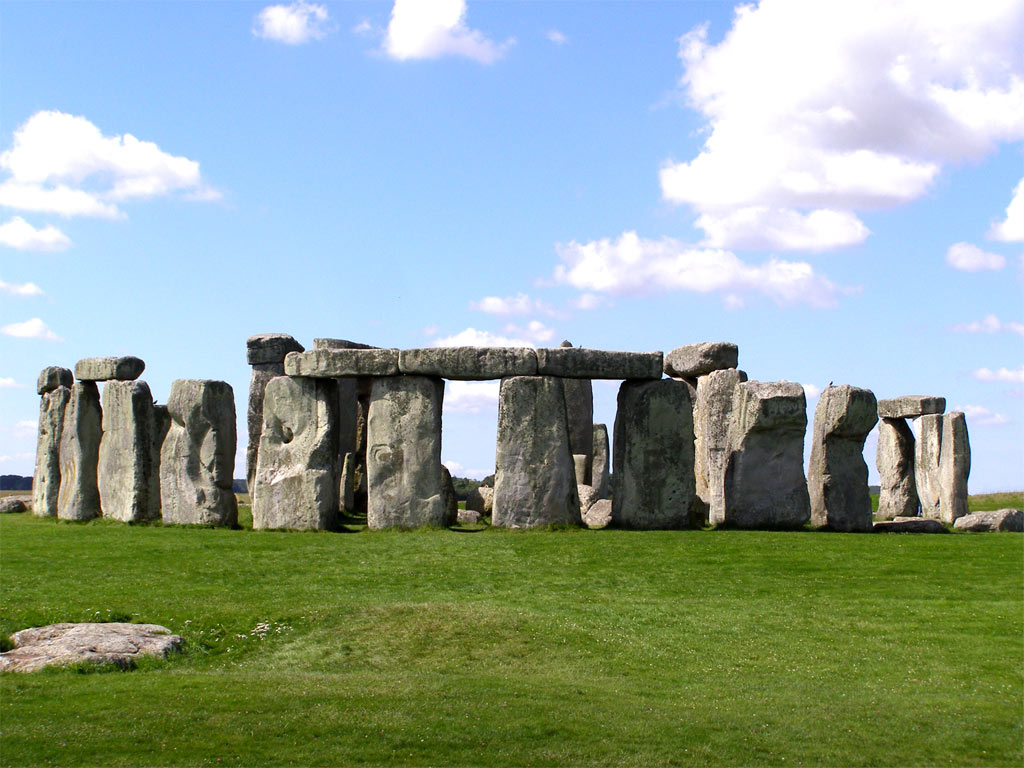 Stonehenge, the ancient Cyclopean building, is situated in the south of England, and is fully visible from a great height. Stonehenge is a system of concentric circles with a diameter more than a hundred meters, the area marked on the shafts, holes and huge stones, megaliths. One of the most famous sites in the world, Stonehenge is composed of a circular setting of large standing stones set within earthworks.

For those who wonder how the amazing site was built, it can be stated that construction of Stonehenge took place in several stages which occupy a total of more than 2,000 years. However, archaeologists have found evidence of this place is much more ancient buildings. For example, next to the parking lot for tourists, near Stonehenge, three shallow “mines” have recently found that had been dug in the timber support (which, of course, is not preserved by now). It can be inferred that the timber support, being a very large wooden monument, could be estimated as approximately 8,000 years old. 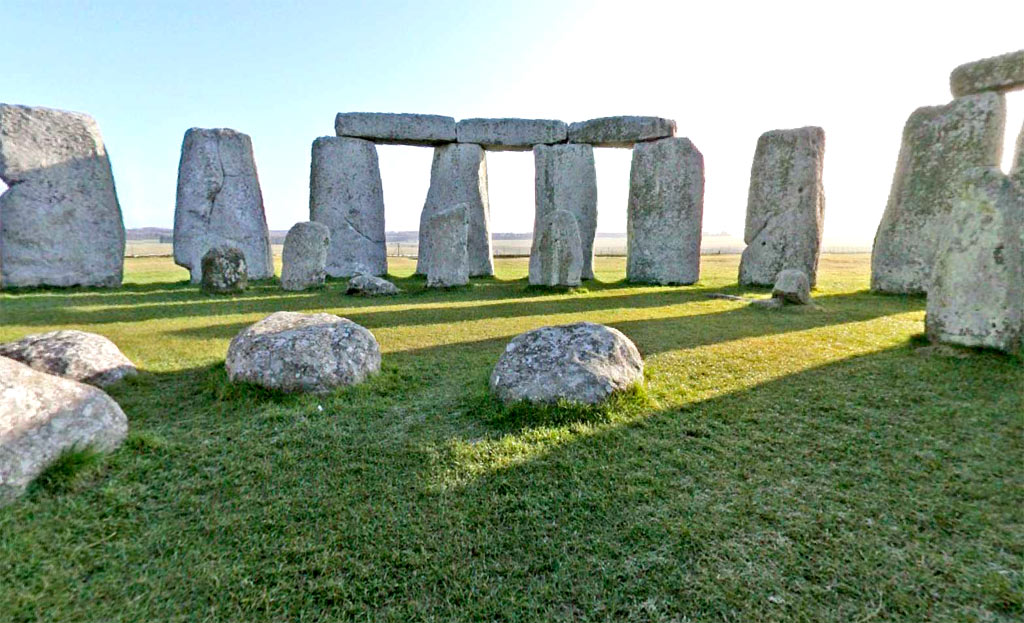 Around 2600 BC, the wooden buildings were torn down, and instead appeared majestic stone buildings. First, the builders had dug two rows of large holes in the shape of a crescent (a horseshoe inside the other) that is deployed in the north-east. Over 385 kilometers away from the rocks in the hills of CarnMenynPreseli (Wales), was delivered around 80 so-called “blue stones”. Each stone was about 2 meters in height, approximately 1.5 meters in width and 0.8 meters in thickness. They weighed 4-5 tons.

In the heart of Stonehenge there was located monolith of green micaceoussandstone, weight of which appeared to be 6 tons – the so-called “Altar.” In addition, the north-eastern entrance was moved slightly to the side and expanded – so that it looked like the sunrise at the summer solstice.

Apparently, the construction of Stonehenge in this phase remained unfinished. “Blue Stones” were soon removed and the wells beneath them covered.

On the site, everyone can notice that there are three stand-alone major “blue stone”. Two survived – the so-called “Heel” (meaning “last”) stone at the northeast entrance on the outside walls and the “stone-block” around the same input shaft inside (later it collapsed on its own).Despite its name, “Stone-block” is not connected with the bloody sacrifice.[ADS2]There has been various reasoning why it has changed the color, but based on the most famous ideas spread about this, the weathering could have caused the red spots on its side; thus, iron oxidewas the reason, which gave rise to such gloomy associations. In addition, the inner side of the northern and southern shafts were piled with small mounds unknown targets (without burial), topped by “blue stones”. 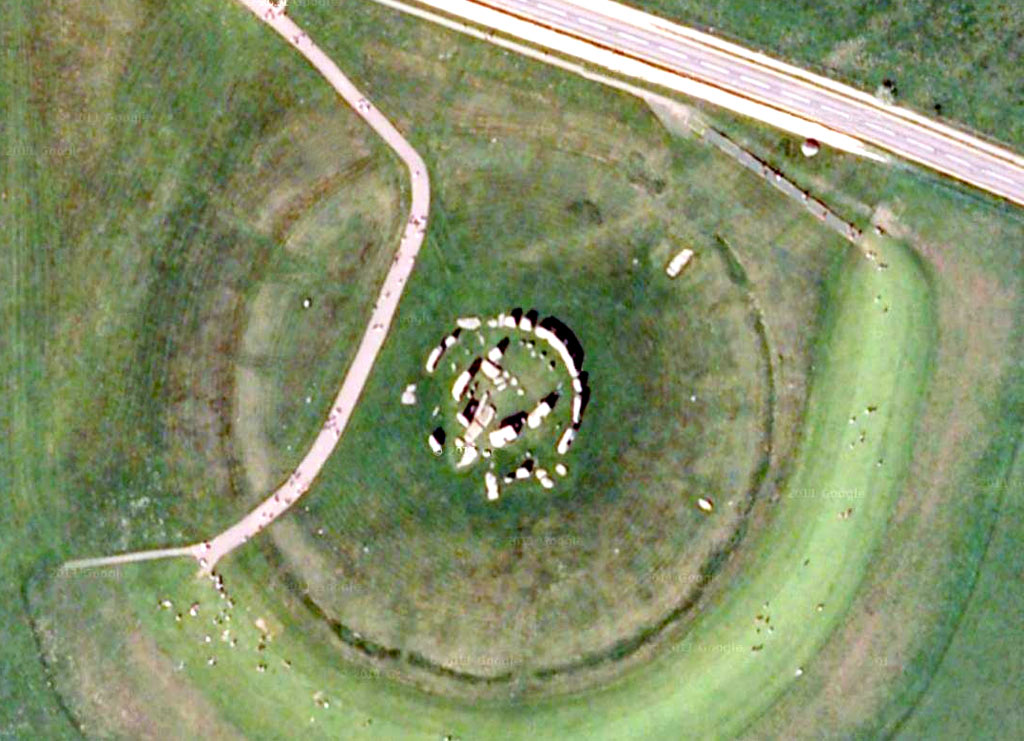 How much people try to solve the puzzle, why did the ancient Stonehenge was needed, the question is still left unsolved. The earliest extant references to associate it with the legend of King Arthur, however according to another version it was supposedly built a magician Merlin.

In the other stories construction of Stonehenge is often blamed to the devil himself. In 1615 the architect Inigo Jones stated that the Romans built stone monoliths – supposedly it was the temple of the pagan deity named Knelus. In the 18th century, the researchers found “astronomical” feature of Stonehenge (its focus on the solstice) – so there was a version according to which this building belonged to the Druids. In our time, some experts argue that Stonehenge is possible to predict solar eclipses, or even to carry out complex mathematical calculations. The theory of “Planetarium” and “calculator” is very controversial – the evidence is generally refuted by either the simplest astronomical facts, or history itself (Stonehenge was rebuilt several times, changed the structure and probably served different purposes).

More recent news and acknowledgement of the ancient, prehistoric site is that Stonehenge and its surroundings were added to the UNESCO’s list of World Heritage Sites in 1986 in a co-listing with Avebury Henge monument. It is a national legally protectedScheduled Ancient Monument. Stonehenge is owned by the Crown and managed by English Heritage, while the surrounding land is owned by the National Trust.