General, Present, The Past 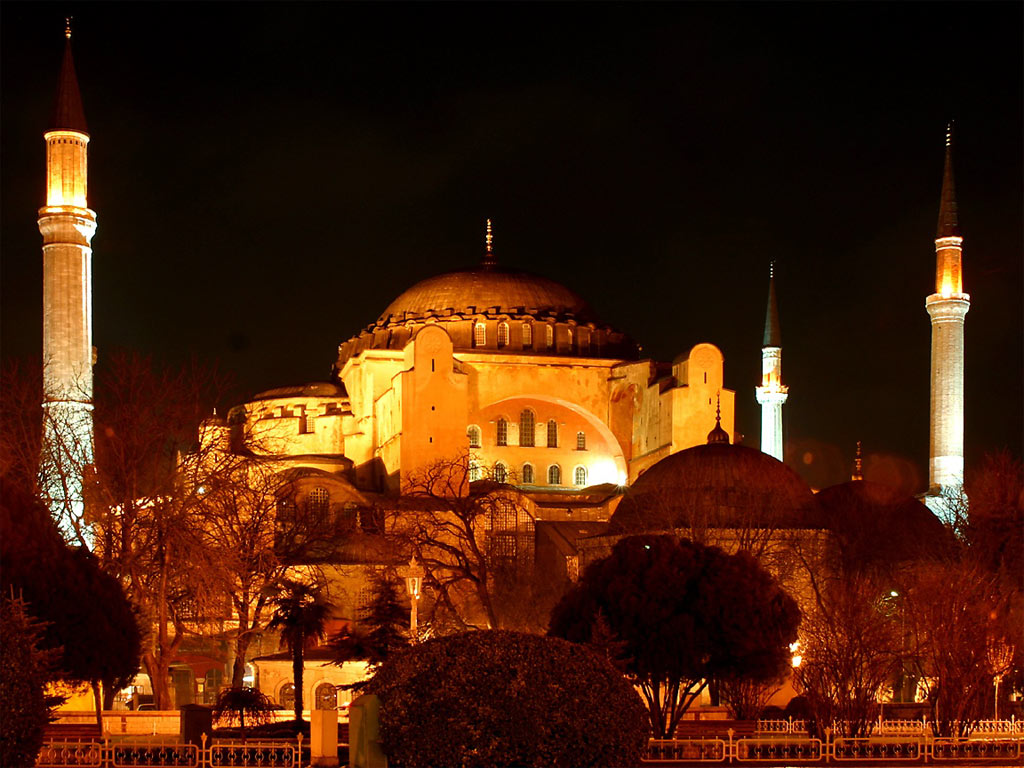 Let me remind you that, according to Russian legend, the ambassadors Prince Vladimir the Red Sun send his passengers, which were supposed to inform him, whether the Christian religion was good or not. After a visit to the church of Hagia Sophia, the ambassadors were so impressed that they decided to report to Prince Vladimir, that they’ve been not just a breathtaking temple, but heaven. They say that this is what determined the choice of Vladimir and his decision to be baptized Rus. It happened in the X century. 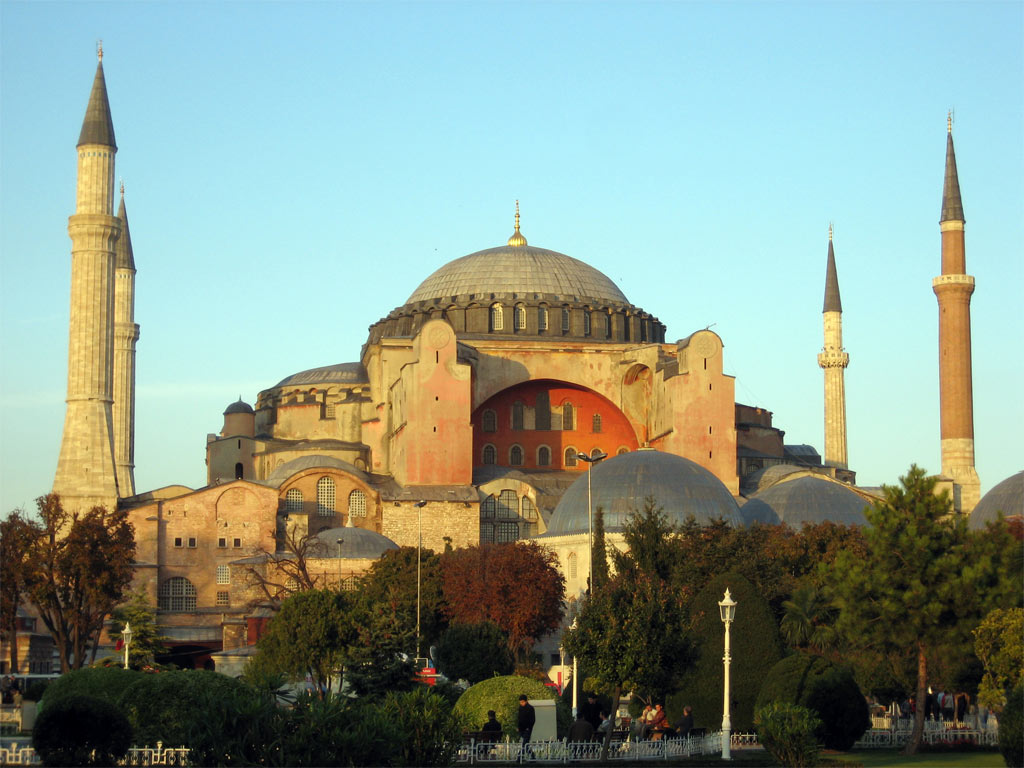 Hagia Sophia is considered to be one of the of four equal-scale masterpieces among the museums within the world, such as the Church of St. Paul’s in London, San Pietro in Rome and Milan in the House. It is necessary to take into account that most of these ancient structures were built in about 1000 years after the Hagia Sophia.

Originally, on the site of the temple, a large church was built by Emperor Constantine I in 336, which burned in a fire later on. After two hundred years in this place a new basilica was built, which was even bigger and more beautiful than before – the Hagia Sophia.

The cathedral was built by Emperor Justinian the Great in the VI century. In construction work, which lasted five years, one hundred architects were employed, and ten thousand workers – the result was stunning – the Hagia Sophia was the greatest church in the world and gained the status of the eighth wonder of the world!

In the year 537 Justinian, standing under the arches of the starry dome, said: “Oh, Solomon, I have surpassed thee!” Of course it is presumptuous assertion, given that he was referring to the Temple of Solomon in Jerusalem, which served as the prototype of many churches in the world. But, looking at the Hagia Sophia, this wonder- I think that Justinian had the right to such a statement. This cathedral is still one of the greatest sacred places in the world.

In the past the main church of Eastern Christianity, St. Sophia’s Cathedral after the capture of Constantinople by the Ottoman Turksin 1453 was converted into a mosque and by now, is a major tourist attraction in Istanbul. According to legend, the Fatih Sultan Mehmet (the Conqueror), was so struck by the beauty and grandeur of the church that decided not to destroy it (a similar fate with many churches of Constantinople).

The main building of the mosque has nine entrance gates and canopy, height of 55.6 meters and 31 meters in diameter attached to the four powerful columns, reaching the height of 24.3 meters.[ADS2]For interior decoration materials were imported from all over the world- so, white marble nave of the mosque was brought from the Princes’ Islands; streaks of pink marble – from Karahisar Afeni, porphyry – from Egypt, green, purple – of adzes, and Mora, and yellow marble, from Algeria . On ceilings one can find numerous unique Byzantine mosaics. It is important to be mentioned, that the Hagia Sophia is the burial place of many sultans of the Ottoman Empire – here are the graves of Mehmet II, Mustafa I, Selim II and other members of the Ottoman dynasty.

On the wall of the south gallery of the cathedral Hagia Sophia there is a beautiful mosaic icon, dating from the XI century. The center of the composition depicts Christ in a blue robe, sitting on a throne with a large Bible in his left hand. Left in a luxurious ritual attire, you can see Constantine IX Monomakh, holding a bag of gifts to the church.

The right side of the mosaic of at least smartly dressed the Empress Zoe, with a scroll in his hands. The scroll can be difficult to distinguish the words “Constantine Hotovopistos …”, and over her head the words “very pious Empress Zoe.” This icon is considered as one of the most impressive part of the cathedral.

After the fall of the monarchy, when Ataturk, in 1931, work began on the restoration of Byzantine mosaics and paintings. In 1934 Ataturk issued a decree of secularization of Hagia Sophia and its transformation into a museum, which opened its doors to visitors next year. It should be noted that the restoration works carried out and continue to be a fairly competently, keeping inside the Hagia Sophia,the necessary balance between the two cultures – the Islamic and Christian. 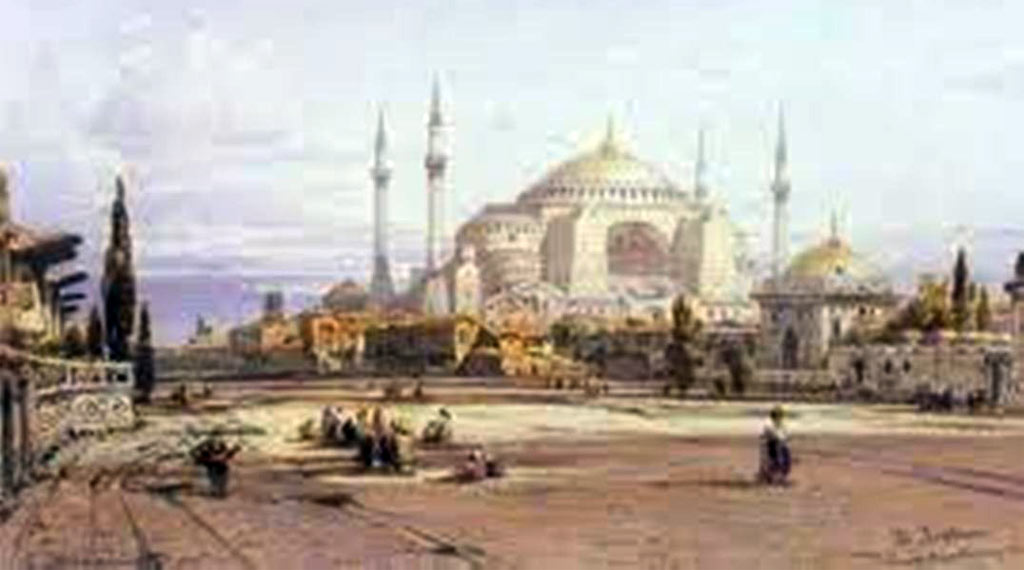 Until today, Istanbul compiles two worlds in itself, Christian and Muslim one. In Turkey, however strange it doesn’t sound, Christian tradition is very strong. Thus far, there remain thousands of churches and cathedrals, and only some of them over time were transformed into a mosque. Hagia Sophia still stands stunning and majestic in front of all visitors.