Secrets of the Great Wall of China

First, that the astronaut N. Armstrong saw a shiny globe with the spacecraft “Apollo 11″ were the Great Wall and the dam, built off the coast of Holland.

The Great Wall is the most magnificent ancient Chinese military fortifications and one the world’s longest construction in the history of architecture. 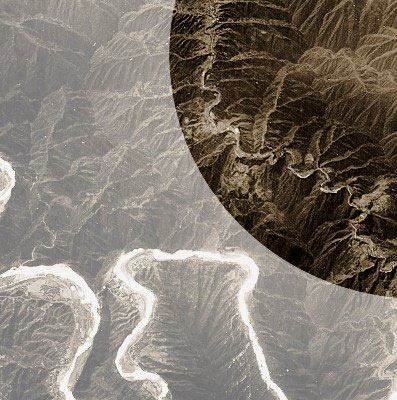 Construction of the Great Wall dates back to periods of “Spring and Autumn” and “Warring”, it lasted 200 years until the end of the Ming Dynasty. The Great Wall stretches from east to west in the north and runs through steep mountains, steppes and deserts.

The Great Wall is known to the world his majesty, incredible scope and duration of construction, it is considered to be the seventh wonder of the world.

Even though the Great Wall of China has always attracted vast number of tourists all over the world, little has been mentioned about the it’s origin. Being constructed during 20 dynasties, the questions who and in what military capacities built the wall, still renders as a question. What’s even worse, quite a few sources even hold wrongly about the building time and the length of the Great Wall, and arbitrarily about the role it played in the international world. All these may lead people to a false impression of the Great Wall.

Most people tend to think that the Great Wall was a product of defensive wars, thus its role ought to have been most closely related to battles and blood shedding. It is, however, not that case. Most time under the Great Wall was actually peace rather than war;

In 221 BC the first emperor Qin Shi Huang united the six kingdoms and created the first in China a single empire with a centralized authority. To protect their territories from the Huns in the Tsin Empire were connected to the boundary wall of the former separate states into one, and thus built a 5,000-kilometer long wall of Liaodong in the east to the west Lintao. This was the first Wall of China in the north.

Han lengthened Tsin wall across the corridor to Xinjiang Hexi. This wall is not only ensured the smooth flow of goods along the Silk Road, but also played an important role in the development of commercial relations and exchanges between cultures of European and Asian countries. Unfortunately, most of the walls of the Han era could not resist the natural powers of wind and sand storms and the era of feudalism and internal strife. 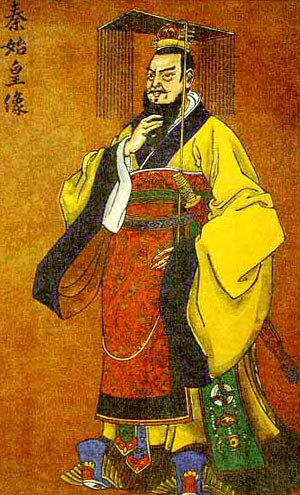 For over 200 years of the Ming Dynasty did not stop building the wall, the technique of its construction has reached a high level, especially when you consider that is built on steep slopes, deep canyons and deserts wild. The wall that now we see in the ground and were built in the Ming.

The Great Wall, stretching over 5,000 km. Signal towers on top of the mountain were mainly for transmitting military signals, detection of traces of the enemies. At night, lit the fire, thus formed a complete system of transmission chain of communication. Towers above the wall had 2-3 floors, here lived the soldiers and kept the weapons and ammunition, these towers have played an important role in military defense, and their inventor was the famous Ming general Qi Tsziguan.
[ADS2]
Great Wall has survived the rise and decline of feudal society and its construction lasted over 2700 years. Today, the ruins of the walls are found in 16 provinces, municipalities and autonomous regions in the North-East North-West of the country in the basin of the Yellow River in northern China. The total length built in all age sections of the wall exceeds 50 000 km. Meter in width and a height of 5 meters, this unique structure of the world, built of brick and tile, would go around the earth 10 times. 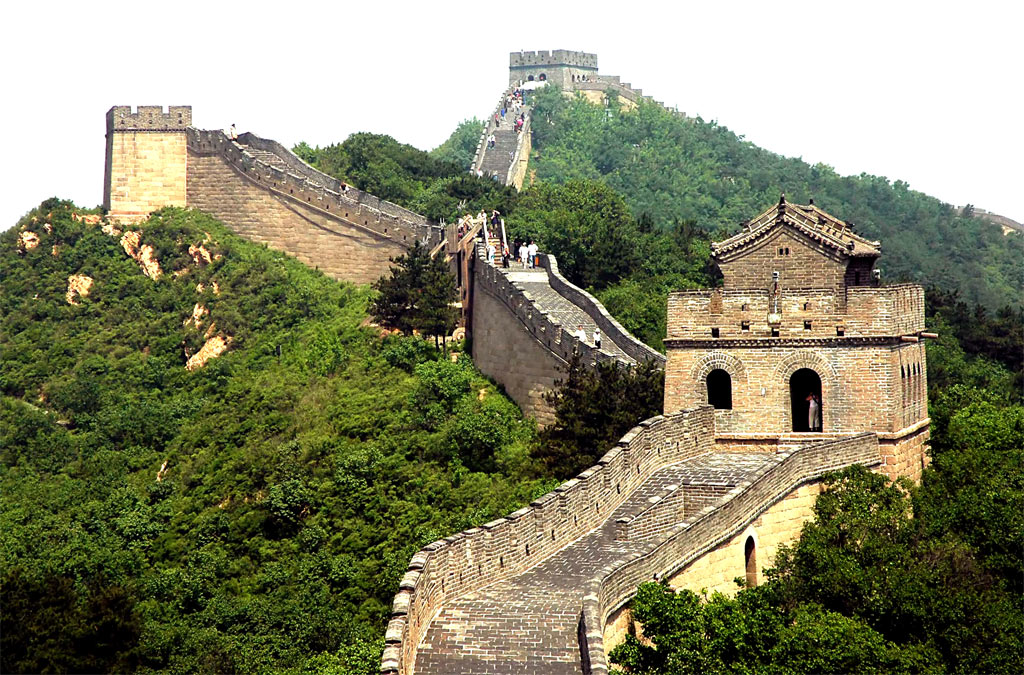 The Great Wall is a monument to history, where the written policy, economics, military affairs and culture of all the dynasties, the exploits of the generals and soldiers, talented and intelligent artists.

Today, the Great Wall is known all over the country and around the world. It’s definitely visit China every guest. A large value of the Great Wall in history, culture, art and architecture helps tourists’ deeper understanding of China. 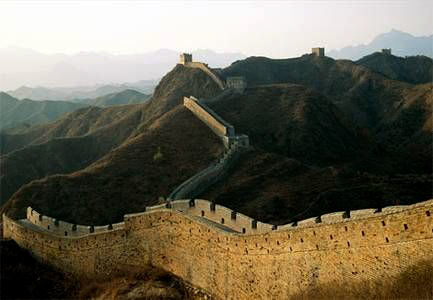 In 1961, the Chinese government has taken the Great Wall as the ancient monument under state protection, and then were restored sections of the Great Wall at Badaling, Shanhaiguan and Jiayuguan in. In 1987, the Great Wall of China, which knows no equal in the history of world architecture, was entered in the UNESCO list of World Cultural and Natural Heritage, becoming the common heritage of mankind.