Leonardo – ahead the time

Leonardo Da Vinci was born in the Tuscan village of Vinci on April 15, 1452. 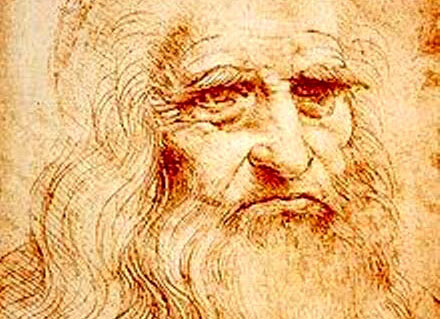 He was the illegitimate son of a local notary, who afterwards quickly abandoned his mother as he wasn’t allowed to marry the woman who came from lower social class. Though both оf his mothers cared about him a lot and put their efforts in growing him. Illegitimacy was a handicap Leonardo would have to fight most of his life.

He quickly showed his intelligence, asking questions to his professors that they were unable to answer. When he showed talent for painting, his father apprenticed him to Andrea Del Verrochio, in Florence. Leonardo learned much from Verrochio, and eventually surpassed him. Vasari tells how Verrochio decided to never paint again, after Leonardo painted an angel that was better than what he was capable of painting after practicing it trough years.

After failing to join the court of Lorenzo the Magnificent, ruler of Florence, Leonardo sent a letter to the court of Ludovico the Moor, in Milan introducing himself as military expert with the knowledge of art.As it was really important thing to have knowledge at military issues at the period, he was well-accepted and respected in Milan. Thus, he worked and lived there happily in the city, where he created vast number of his masterpieces, including the last supper. Soon afterwards he again moved to Florence, where he had his greatest following, and it was during his years there that he painted such classics as the Mona Lisa. 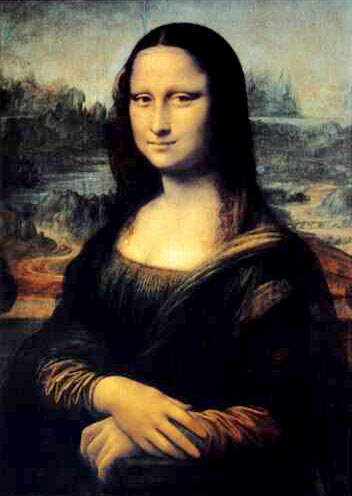 Having lived until the age of 67, Leonardo experienced a very long career that was filled with times during which the painter was celebrated, but at times he was also humiliated and cast away.

Apart from this detailed historical background in which Leonardo Da Vinci lived, every piece of work produced was and still is, a Masterpiece. He being a nearly self-educated person in every field he has succeeded in rightfully proved the name of genius among others.A painter, a sculptor, an architect and an engineer, Leonardo Da Vinci’s numerous skills have earned him the title of renaissance master. 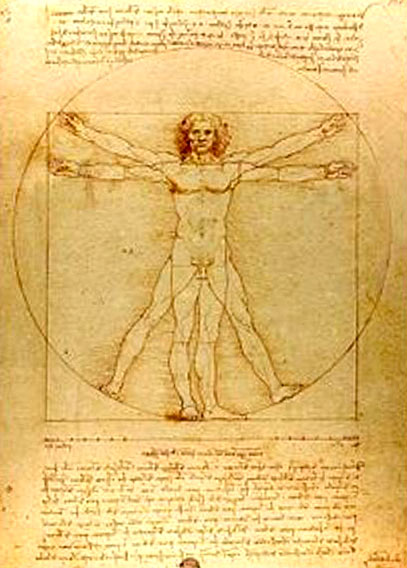 Leonardo has often been described as the archetype of the Renaissance man, a man of “unquenchable curiosity” and “feverishly inventive imagination”.

Leonardo became a master in more fields than any other since or before him. Most Geniuses such as Albert Einstein, William Shakespeare or Alfred Hitchcock were masters in just a single field. This simply isn’t the case with Leonardo. 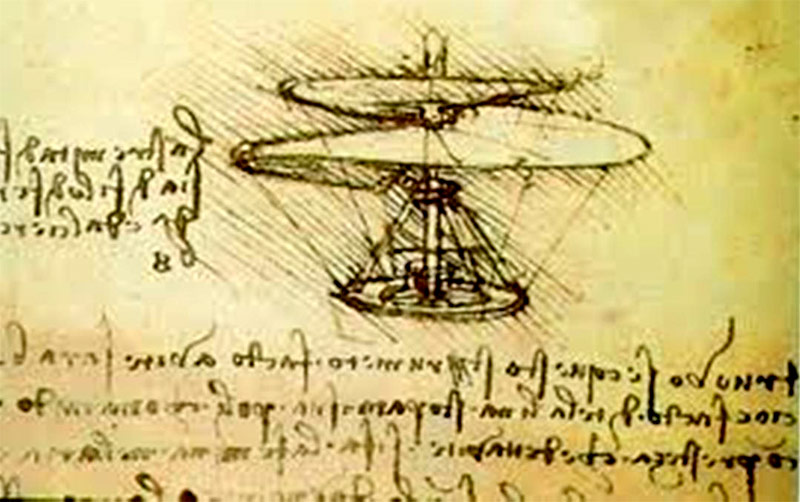 He mostly didn’t see subjects disconnected from each other, but felt the sense of natural links between everything around what surrounded him. He often expressed in his creations that art and science in its vast number of forms are inseparable from one another.Leonardo tended to incorporate movement and expression into his own paintings; this is why they often left the impression of being live at any time even after his death.He explored and studied as diverse subjects as surgical anatomy, cartography, archaeology and engineering to botany. 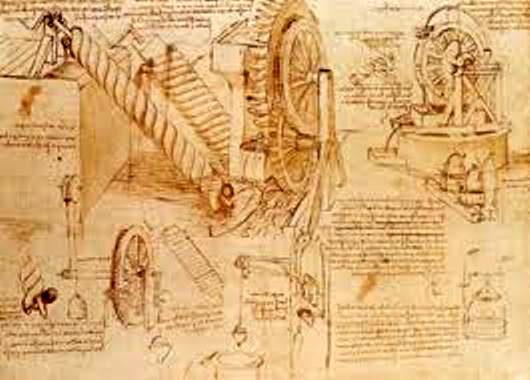 In the words of his biographer Giorgio Vasari: “The most heavenly gifts seem to be showered on certain human beings. Sometimes supernaturally, marvelously, they all congregate in one individual. . . . This was seen and acknowledged by all men in the case of Leonardo da Vinci, who had. . . an indescribable grace in every effortless act and deed. His talent was so rare that he mastered any subject to which he turned his attention. . . . He might have been a scientist if he had not been so versatile.
[ADS2]
Lastly, Leonardo was a person who undertook many projects simultaneously and successfully, which included both private studies for his own curiosity and those that he sold to patrons. Every artifact he created for his patrons were masterpieces be it a painting or a piece of machinery. It is proved from the personal notes he made in his notebooks, few of which has been found since now, that he mainly had to paint for earning to live; However, this didn’t affect the fact that every piece of whatever he started to do returned to be the novation and masterpiece in that field.

Leonardo is renowned primarily as a painter. Among his works, the Mona Lisa is the most famous and most parodied portrait and The Last Supper the most reproduced religious painting of all time. 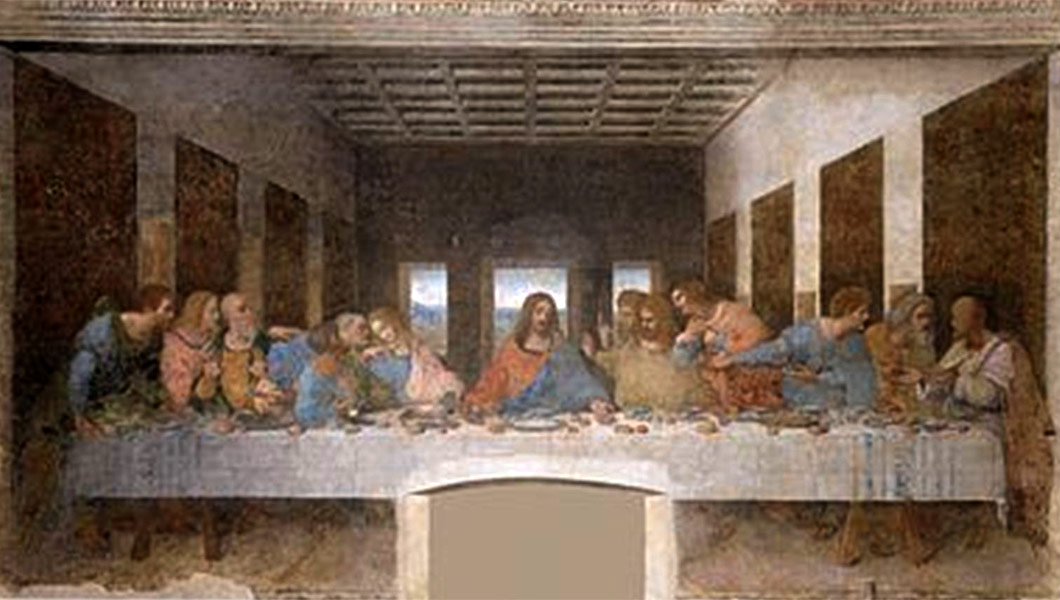 Plus, his drawing of the Vitruvian Man is also regarded as a cultural icon, being reproduced on lots of things till today (Euro, t-shirts, etc). However, this is not all, because he was and is revered for his technological ingenuity. He conceptualized a helicopter, a tank, concentrated solar power, a calculator, the double hull, and he outlined a rudimentary theory of plate tectonics.Leonardo’s scientific and technical observations are found in his handwritten manuscripts, of which over 4000 pages survive, including the one pictured on the right, showing some rock formations. It seems that Leonardo planned to publish them as a great encyclopedia of knowledge, but like many of his projects, this one was never finished. Furthermore, the manuscripts were difficult to be read for a very special way of hand-writing.
[ADS2]
It is often pointed out, however, that while there is much speculation about Leonardo, his vision of the world is essentially logical rather than mysterious, and that the empirical methods he employed were unusual for his time.

One thing is obvious his work is well-known and appreciated world-wide. People respecting and still in the process of exploring his work, are able to visit the exhibition which is going to be held on 9 Novermber-5 February, 2011, in London. Thus, time to hurry up and once more experience the pleasure of seeing the world’s finest paintings which expresses the artist’s pure pursuit for perfection.