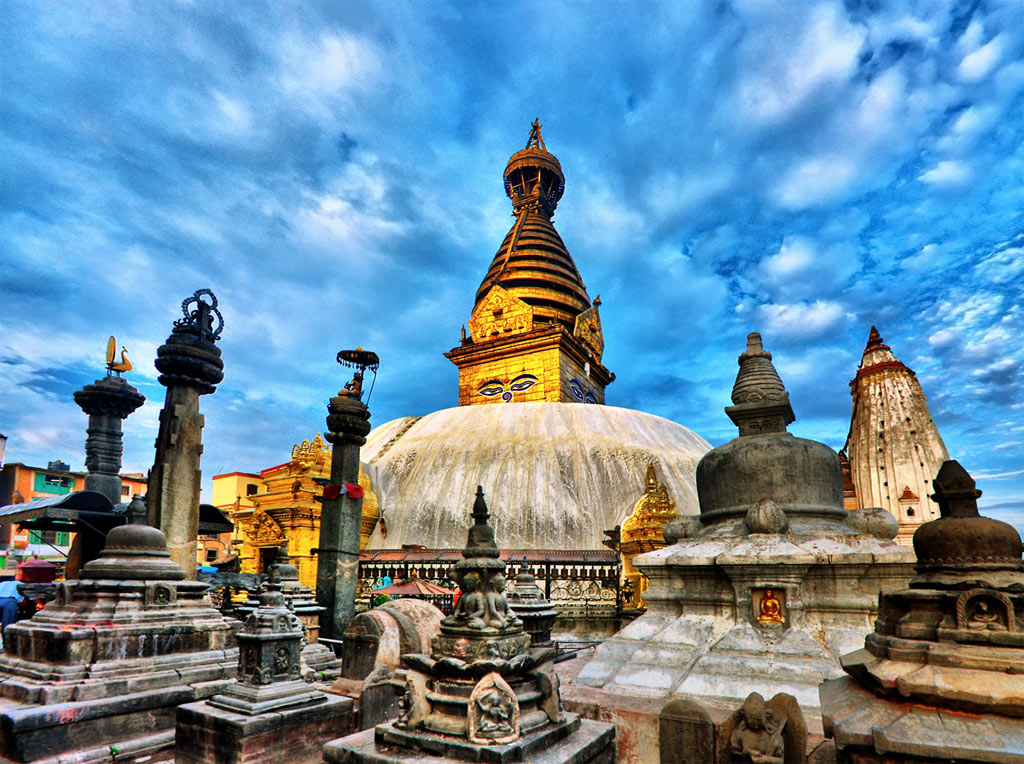 Kathmandu Valley has an exotic location. it is surrounded by green terraced slopes, above which rises majestic, snow-capped peaks. In the valley there are three largest city, having a great historical and cultural interest: Kathmandu, Lalitpur (Patan) and Bhaktapur (Bhadgaon). The total area of the Kathmandu Valley is approximately 218 square meters miles. 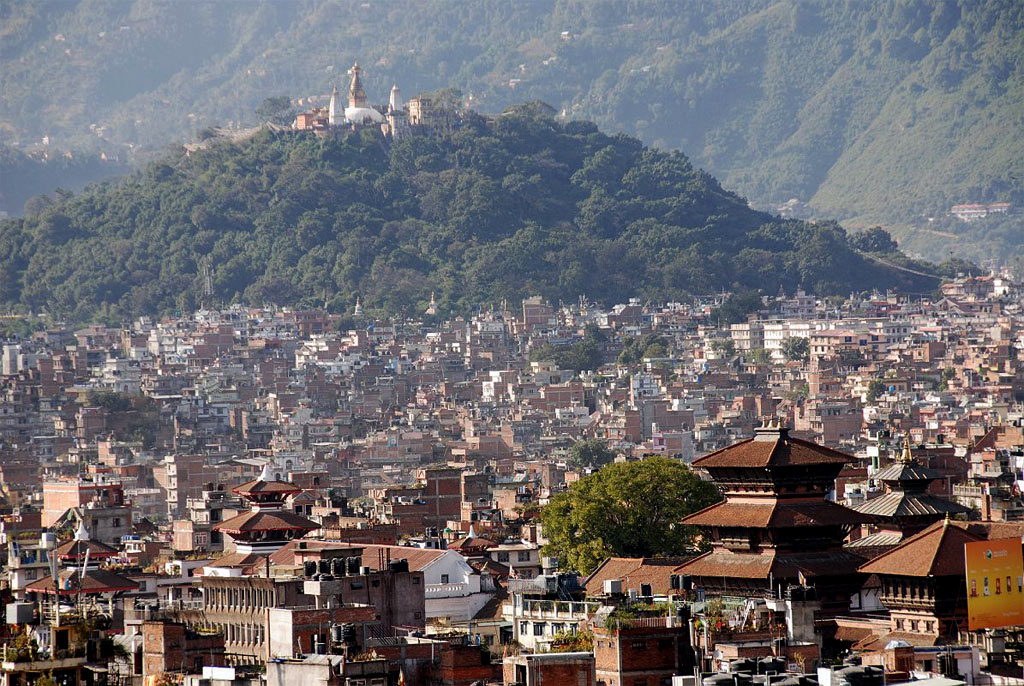 It is located at an altitude of 1310m above sea level. From the air the oval valley, which is the “heart” of the country, looks like a giant chessboard. Holy River of Bagmati and its tributary Bishnumati flows through the valley to the south.

Attractions of Kathmandu reflect the rich religious, political and cultural life of Nepal. This sighseeing places include many ancient monuments, historic temples, royal palaces, representing a striking example of traditional architecture of Nepal. Located at the crossroads of ancient civilizations in Asia, the capital of Nepal can be proud of its architectural heritage, which is a unique symbiosis of Hinduism and Buddhism. Kathmandu ancient trade route which passed through India and Tibet also promoted the synthesis of local architectural traditions with the traditions of other nations.

Most of the major sites focused on Durbar Square, social and religious center of the city, built between the 12th and 18th centuries by the ancient Malla rulers. In this area there are several palaces, temples, other architectural monuments that form a complex and intricate patterns on the area. One of the most famous palaces, located on the square, is the Hanuman Dhoka. The name of this palace is sometimes used to refer to the area as a whole, so there could be confusion. The palace comprises a tangled network of randomly interconnected courtyards, tombs, many columns and statues. 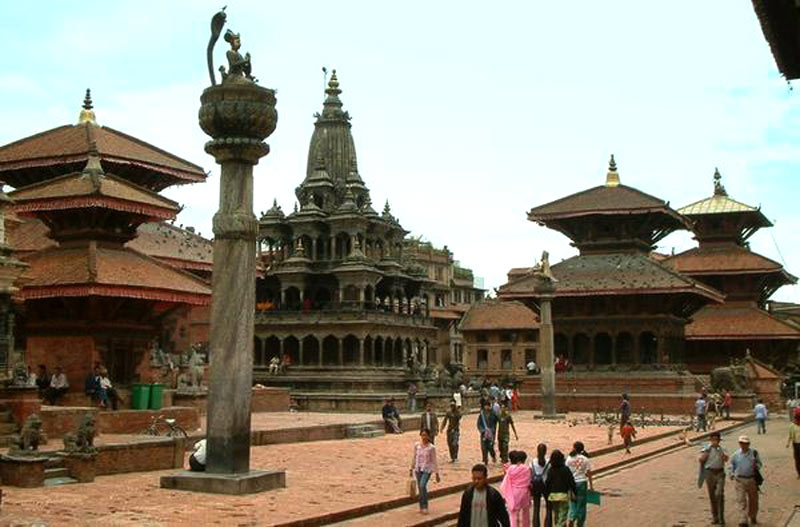 In the corners of the palace are four tall towers, built by order of the ruler from different cities of the Kathmandu Valley. All of them are impressive, but the tower Bazantapur, built themselves by inhabitants of the Kathmandu, still appears to be the highest. You can climb the tower and enjoy the view of roofs of the old town. Furthermore, in good weather one can see the mountains surrounding the valley of Kathmandu. The main entrance to the palace, golden gate, guards the statue of Hanuman, the monkey-god, where the name of the palace derived itself from. Several museums are situated inside the palace, including the Museum of the dynasty, the Numismatic Museum and Tribhuvan Museum.

Close to the Hanuman Dhoka 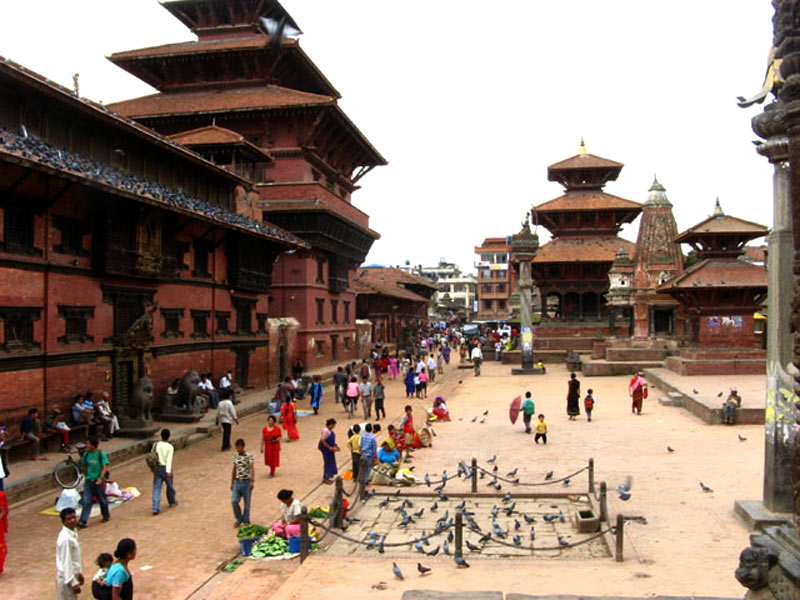 is the temple of Kumari Ghar – the residence of the living goddess Kumari. Nepalis believe that Kumari settles into a girl from a certain caste and remains as long as it does not go first blood. When this happens, the child loses the sacred status of the living incarnation of the goddess and continues to live a normal life. Then they are looking for a new incarnation of the clergy Kumari. Living goddess lives alone in his residence, only occasionally looking out the window closed at the usual time thick carved shutters. Nepalis believe that the emergence of Kumari brings good luck, and can stand for hours under the window of her palace. Next to the temple-palace of Kumari is located several temples and pagodas, among them a small temple dedicated to Ashok Vinayyak, also known as Kathmandu Ganesh or Maru Ganesh and Jaish Buddhist temple virgin, notable for their erotic carved figures. 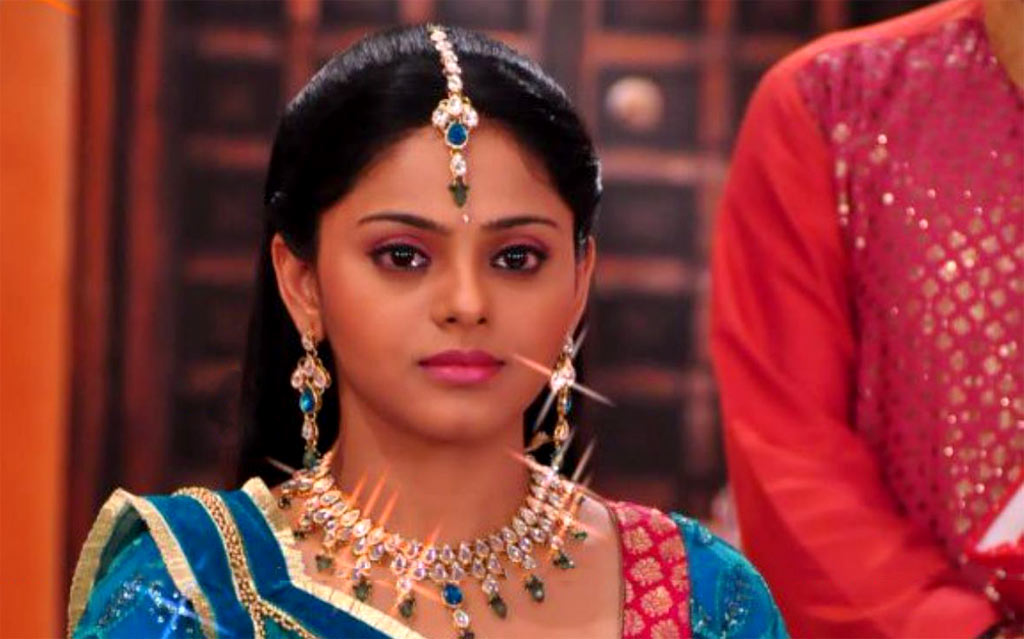 Bodnath is one of the most popular tourist attractions in Kathmandu. Located about 11 km from the city center, Bodnath is considered as the most holy Tibetan Buddhist temple outside Tibet. Date of the construction of the temple is around the 14th century.

After the Chinese invasion of Tibet in 1959 and arriving in Kathmandu thousands of Tibetan refugees, the temple has become one of the most important centers of Tibetan Buddhism and culture in Nepal. In 1979 Bodnath got a World Heritage Site.

Another popular tourist attraction of Kathmandu is the temple Kastamandap (which while literally translating means “wooden houses”) is one of the largest and most famous sightseeing places of Nepal. 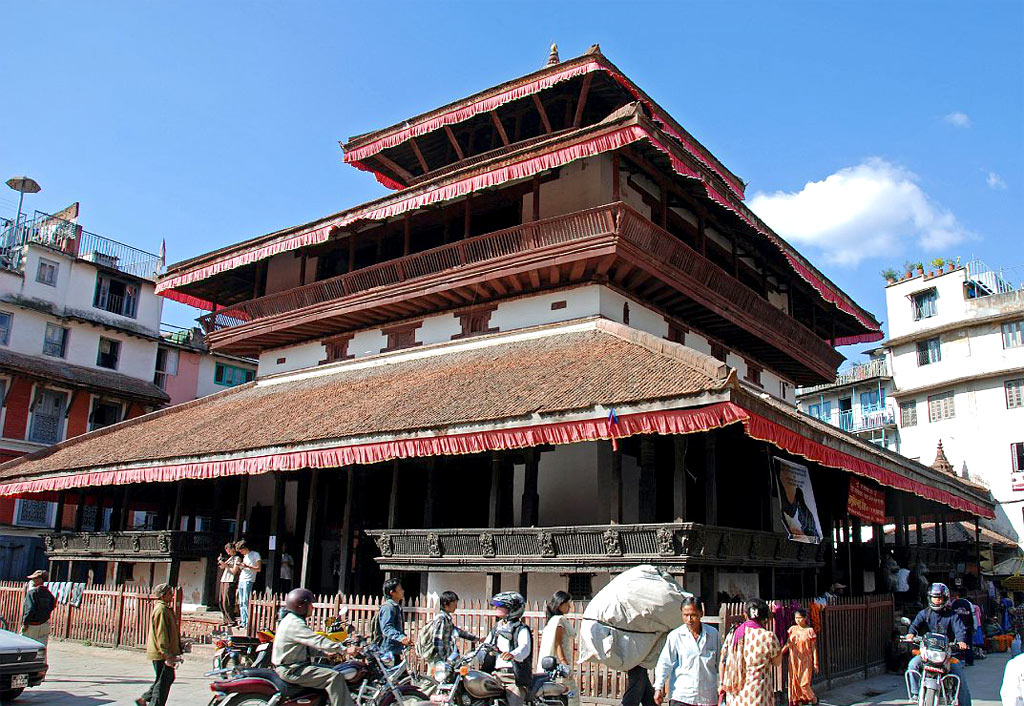 The temple was built in the early sixteenth century by King Laxmi Malla. Legends claim that the whole edifice of the temple is built of wood of only one tree. This unique feature has made worldwide famous.

The temple is one of the oldest wooden buildings in the world. Historians believe that the name of Kathmandu is a derived from the word Kastamandap. Once a year, the church helds a service that draws huge crowd of believers in and around the temple and lasts all night.

Founded in the 5th century, the temple of Pashupatinath is the oldest Hindu temple in Kathmandu. In the 14th century Mughals destroyed much of the temple, and from the original construction of the 5th century, almost nothing was left. The temple in its present form was rebuilt in the 19th century. In 1979 he was included in the UNESCO World Heritage List. Dedicated to Lord Shiva, Pashupatinath is given a two-level pagoda roof of gilded copper and gold. During the celebration of the Hindu festival of Maha Shivaratri (February-March), the temple draws large crowds of pilgrims and sadhus.

Thus, Kathmandu is the place people never regret visiting. Moreover, most of the travelers are so fascinated with it that they definitely return back to once more feel the magnificence of this place.