Cusco – the center of the world

Present, The Past, World Wonders

Cusco is an amazing city with great history. It was the capital of the great Inca Empire for 200 years, but based on the researches which were conducted around this area, the ancient inhabitants of this place count from 3000 years ago. 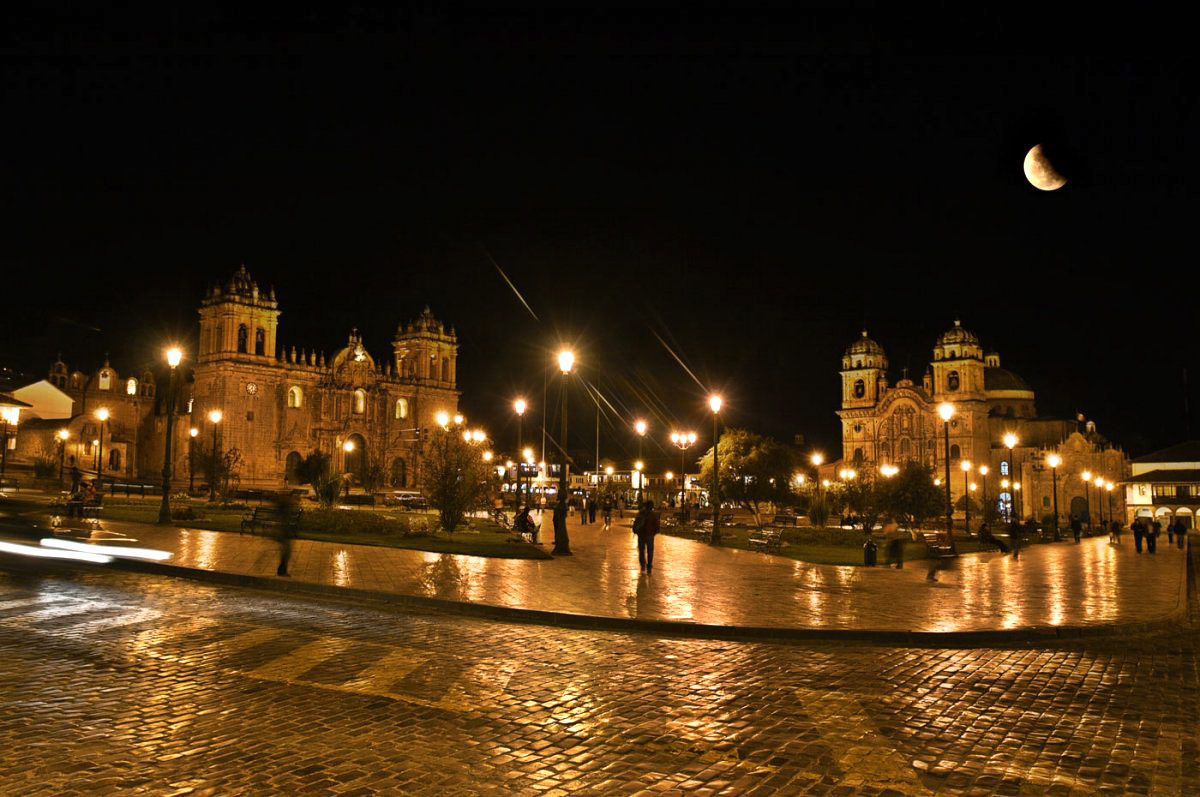 Tawantinsuyu, was the name of the Inca Empire, divided into 4 parts, which meant “four cardinal-together”. The center of the empire was the capital city, called Cusco. The ancient inhabitants of this territory did not know about the existence of other countries, did not swim across the sea. 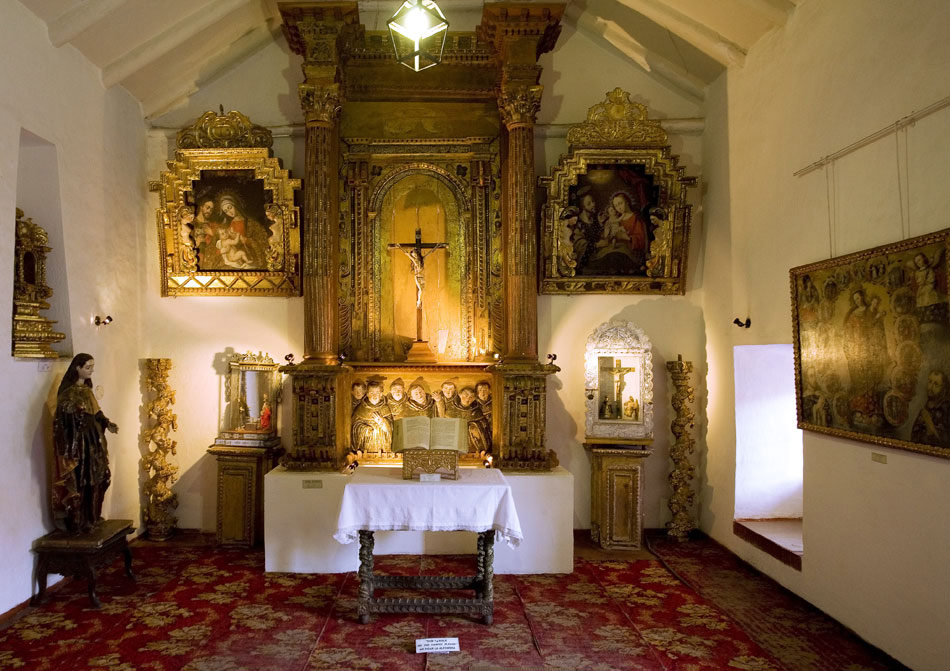 Thus, their homeland was thought to be a whole world, and Cuzco, itself, was considered to be the center of the world. This explains one of the versions of evaluating this city, which can be translated from the Quechua language as the “Center of the World, Hub of the Universe.” In another version, the name of the city means “Place of the Ashes” – that is probably because of the ritual sacrifices which were committed during this time. It is interesting to observer as well, thateven nowadays, the center of the town square, the Plaza is called “chaupi” – meaning”center of the center of the Inca Empire”.

Inca Empire went into the past, its splendor can be judged only by archaeological evidence, which places, though more questions than giving answers. The capital of the Inca Empire Cusco is in a deep mountain bowl at an altitude of 3400 meters above sea level. This city was founded around 1500 BC, and about 600 years ago, it became the capital with thousands of homes. 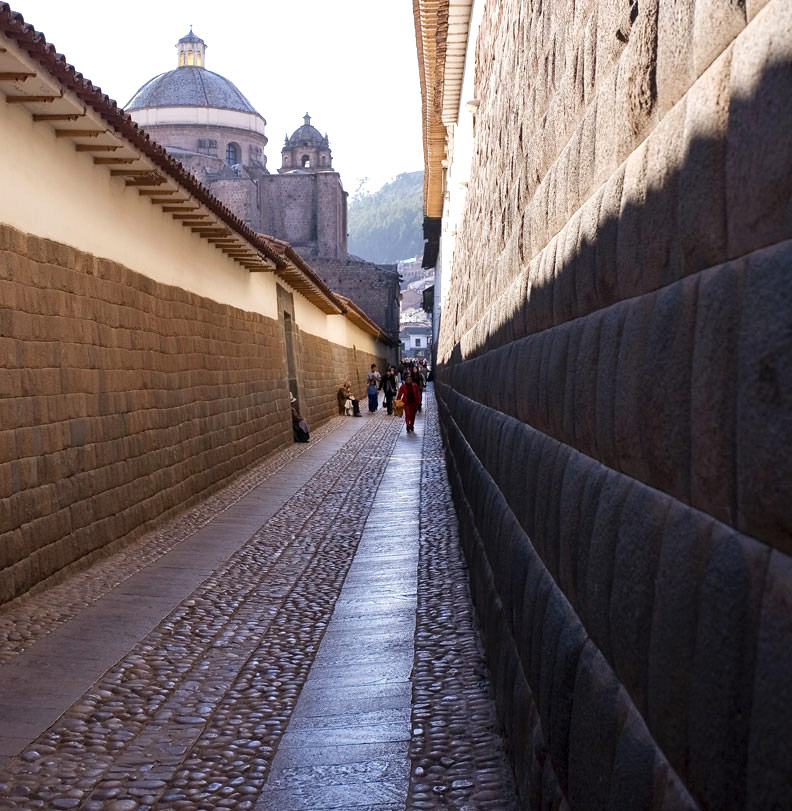 The city of Cusco,was a base for lot legendary myths, one of which describes the following: At the beginning of XII century new leader appeared in these area. Manco Capac which means, that “son of the gods came down from the Sun”, later became the first Inca (supreme ruler). He released from a sling four stones in four different directions to build a city on such territory, which would protect his people. So Cusco began to grow and mature, and eventually became the capital, filled with temples dedicated to pagan deities. The most magnificent construction of the city became the “Temple of the Sun”, access to which was authorized only by the governor – Sapa Inca (the only Inca). The temple housed the Golden Disk huge inlaid with large emeralds and personified sun god -Inti.

In the vicinity of the capital of the Inca Empire is the archaeological complex of Sacsayhuaman. 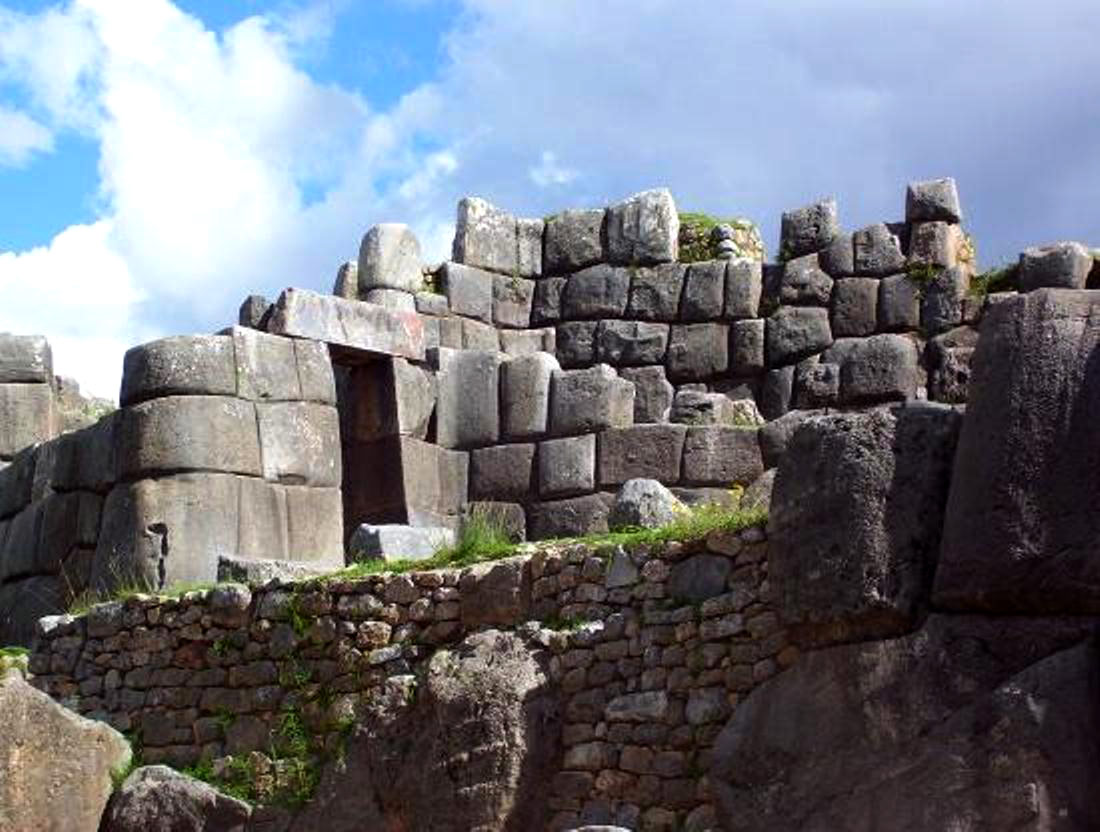 It is a stone fortification, consisting of 21 bastions, dominated by the mighty tower, very effectively used by the Incas in the fight against the Spanish conquistadors. Sacsayhuaman, according to the Inca language means “grey stone colored bird of prey”, has long been considered a fortress. And if you look at it from above, it really looks like the outlines bird. Underground of the complex, there are many passages and rooms that could be used for sacrifices, and lived here for consultation of oracles. In addition, the “rumors” say, that in these underground facilities Incas once hid fabulous wealth from the Spaniards.

It is significant to mention that Cusco was the capital with a population of fifteen million people, which included the whole territory of present Peru, Bolivia, Ecuador, part of Chile, Argentina and Colombia. Equal to it either by size or by might, nor by trace left in the history of South America was not and, presumably, will not be in a close future. 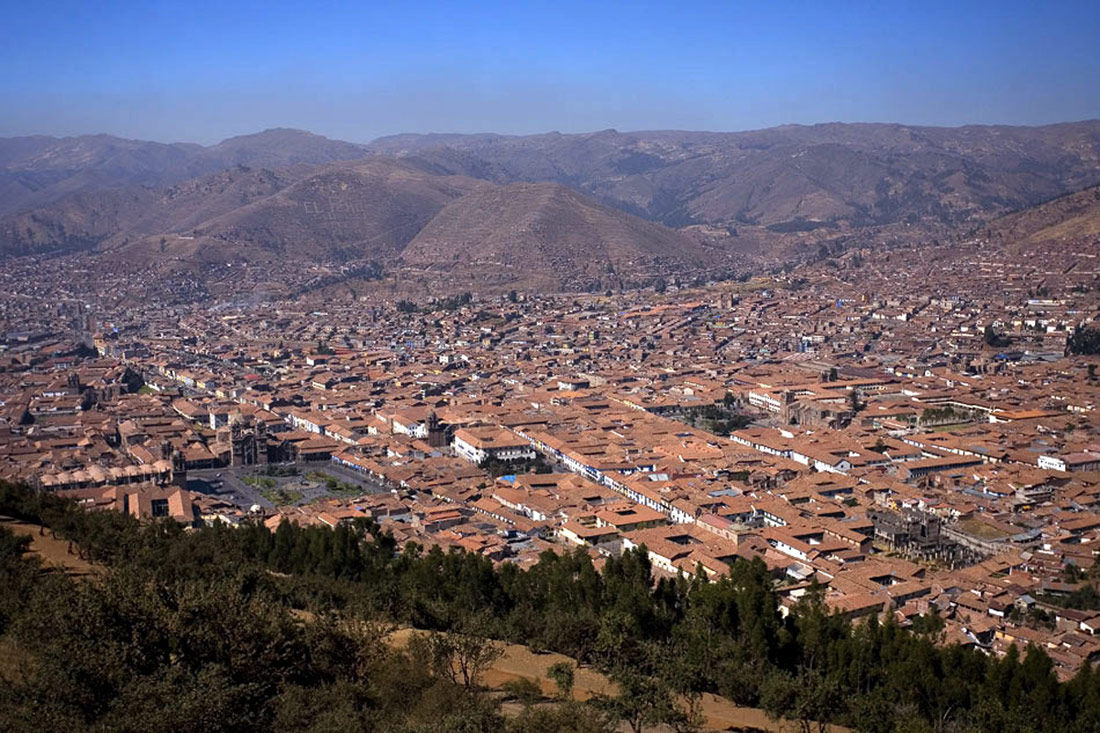 Cusco is one of those Peruvian cities that are included in the route of almost any traveler around this area. Nowadays, Cusco is a modern city with a population of 140 thousand people and daily rail, air and bus service to the capital Lima, Peru. Although the city is quite large, the central part still can be visited in one day. The greatest interest in Cusco to tourists are architecture – the ancient buildings of the Incas and their predecessors, and later the Spaniards, Sacred Valley and the local people have preserved the customs, habits and costumes of antiquity. Surrounding mountains abound cave temples of ancient civilizations. 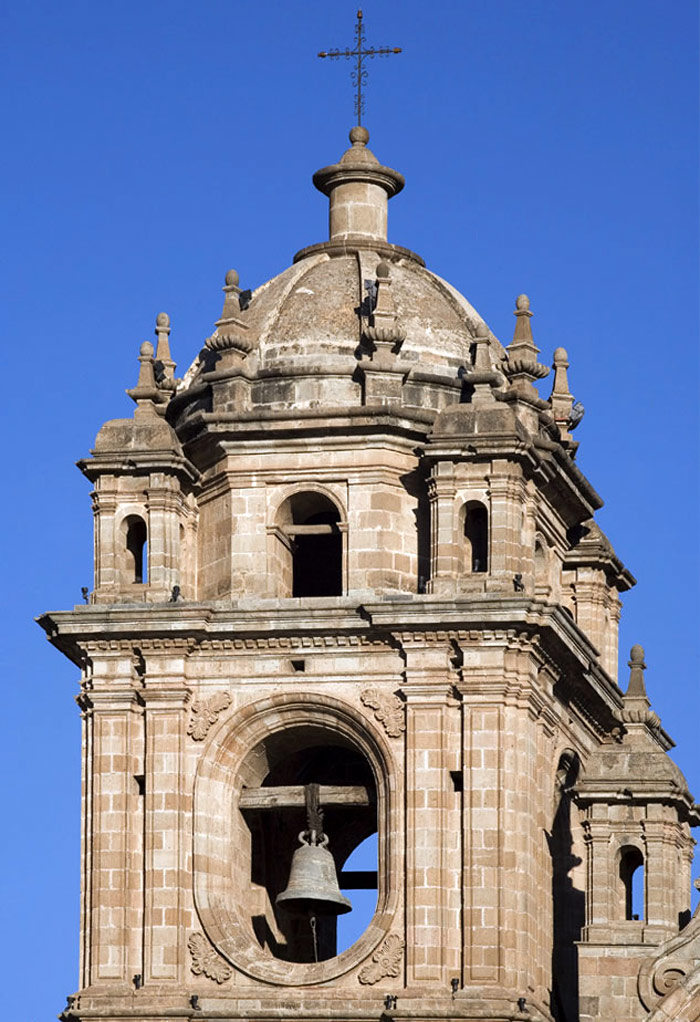 For photographers and videographers it is a real paradise.

Here I will describe several sightseeing places which are worth to be seen while your travel in Cusco:

1. Cathedral or the main church in the central Plaza de Armas, 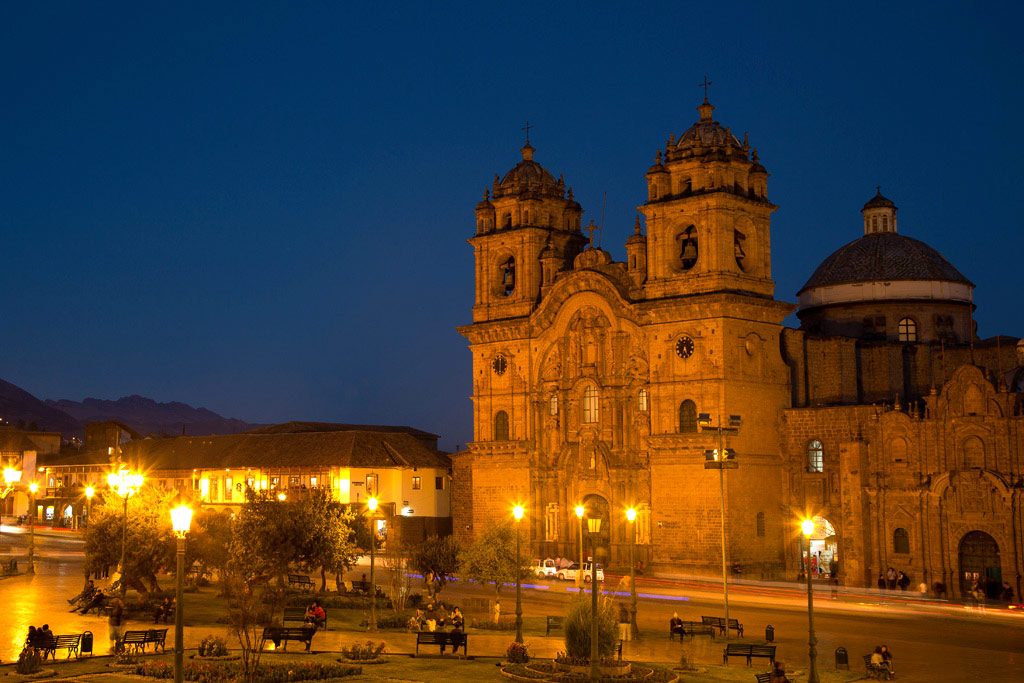 with an 8-ton bell of gold mined, according to the legend of the treasures of the Incas. Built in the Renaissance style. Inside the Catholic church a beautiful wood carving (cedar), Cusco School paintings and silver engraved products.

2. The Church of El Triunfo, 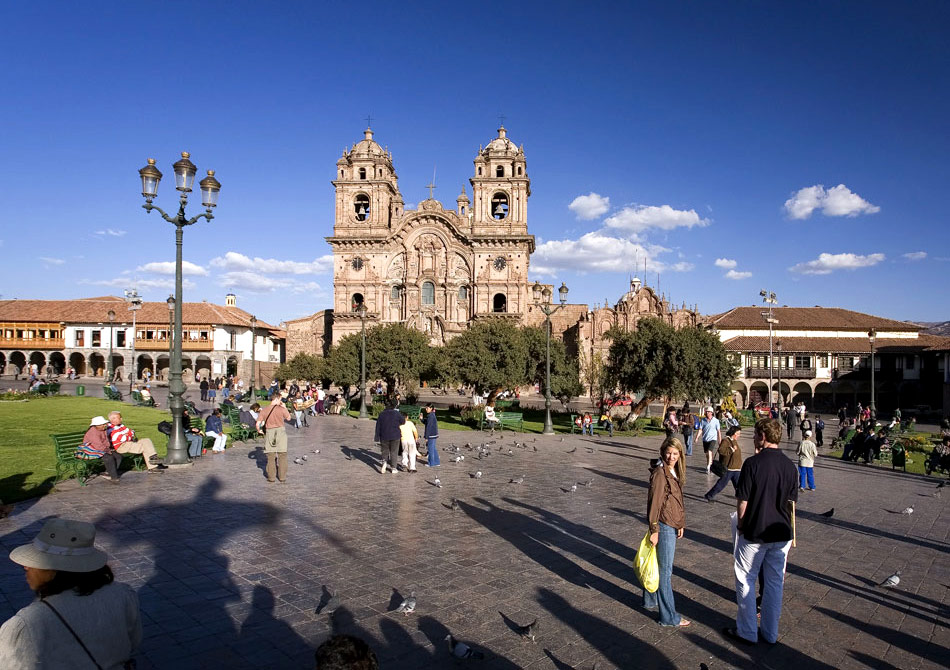 3. PucaPucara, Red Fort, which was built on the road in Antisuyo (the road leading to the empire of the Incas, and ran through the jungle) to protect and played the role of the military and administrative center.

4. Tambo Macha, sacred bath or bath Inca (7 km from Cusco, at an altitude of 3700 m.) The researchers believe that this place was the center of worship of the Incas water. It is an archaeological complex of canals and walls with windows, and is further evidence of the extraordinary architectural talent and knowledge of hydraulics ancient builders. 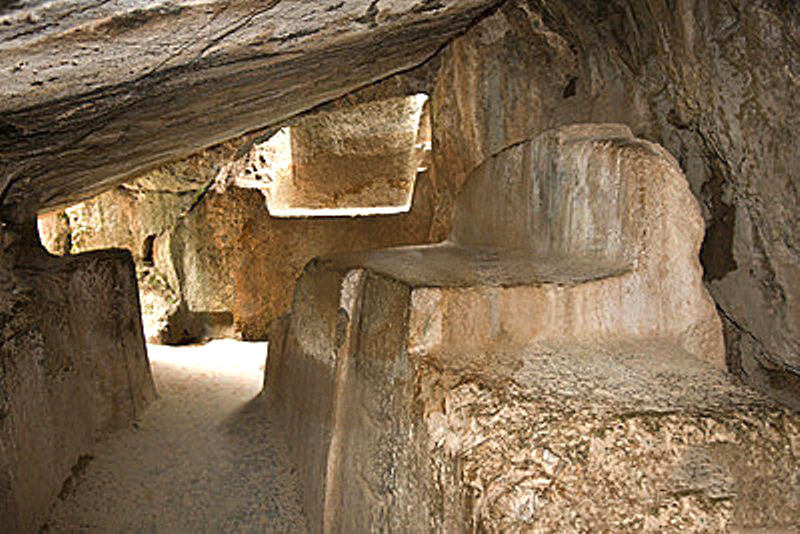 - built in the shape of a zigzag or labyrinth and is dedicated to the Goddess of the Earth. He was an important center of worship and religious ceremonies of the Incas.

There are lots of other places, which could attract the travelers’ attention, however, I would leave it disclosed to your to discover.

← Petra – the lost city of mysteries
Pyramid of the Sun, Moon and Dead Path in Mysterious city of Teotihuaca →