Christ the Redeemer is a statue of Jesus Christ in Rio de Janeiro, Brazil. Very fairly being considered a wonder of the visitor’s eye through many centuries, it attracts our attention to reveal how the idea of building this statue over the Corcovado Mountain was maintained. 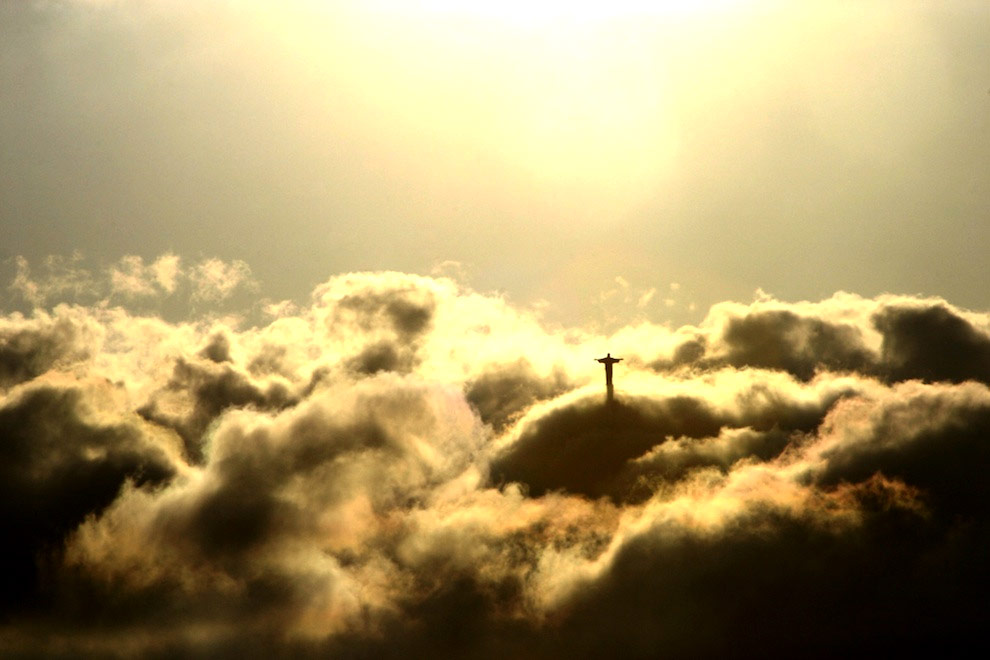 It should be referred that the history started in the 16th Century when the Portuguese named the mountain Pináculo da Tentaçãoalluding to the Biblical Mountain. It took nearly a century, to rename the place into to Corcovado, a name derived from its form, which resembles a hump or hunchback. 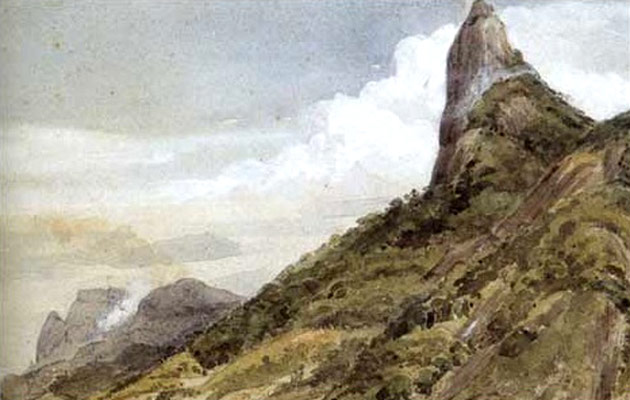 Since then no prints are found until 1924 about it. The next recordings depict that Dom Pedro personally led the first official expedition to Corcovado Mountain, resulting in the opening of an accessible way up.

In 1859 the Vincentian father Pedro Maria Boss arrived Rio de Janeiro. He admired the venue and got struck by the mysterious beauty of the Corcovado Mountain. Thus, he suggested the construction of a religious monument. 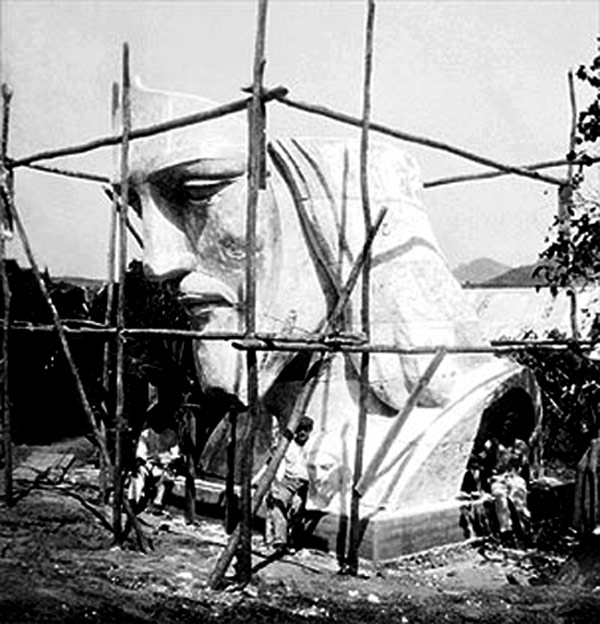 From 1859 to 1921, Dom Pedro gave his consent for the building of the Corcovado Railroad line between Cosme Velho and Paineiras. In 1922 the construction work began for fulfilling this ambitious project. On the 22th April the fundamental stone was being put in place.

1931 – Is the famous year in the Statue of Christ the Redeemer history, because the monument was inaugurated on the 12 October of this particular year. The final design of the monument was authored by the fine artist Carlos Oswald and the French Sculptor Paul Landowski was placed in charge of executing the sculpture. The monument of Christ, the Redeemer on the Corcovado Mountain becomes the largest art déco sculpture in the world. 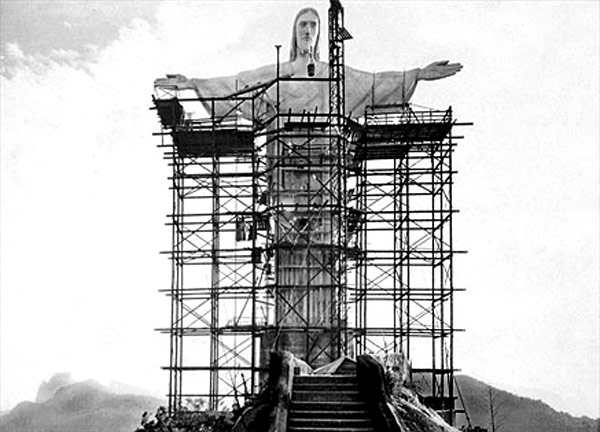 Until now, several reforms (mostly technical ones) have been completed to ensure the quality of O Christo Redentor. Lighting has been added, and the latest renewal of September 2002 is the addition of a panoramic elevator and motorized staircase to ease the difficulty for elderly persons as long as visitors found is hard to rise on the 220 steps which led to the top.
[ADS2]
However, the sculpture has gone through some hard times within its past. It was struck by lightning during a violent electrical storm on Sunday, February 10, 2008. The storm caused havoc in Rio, felling trees in several neighborhoods, but the statue was left unscathed. 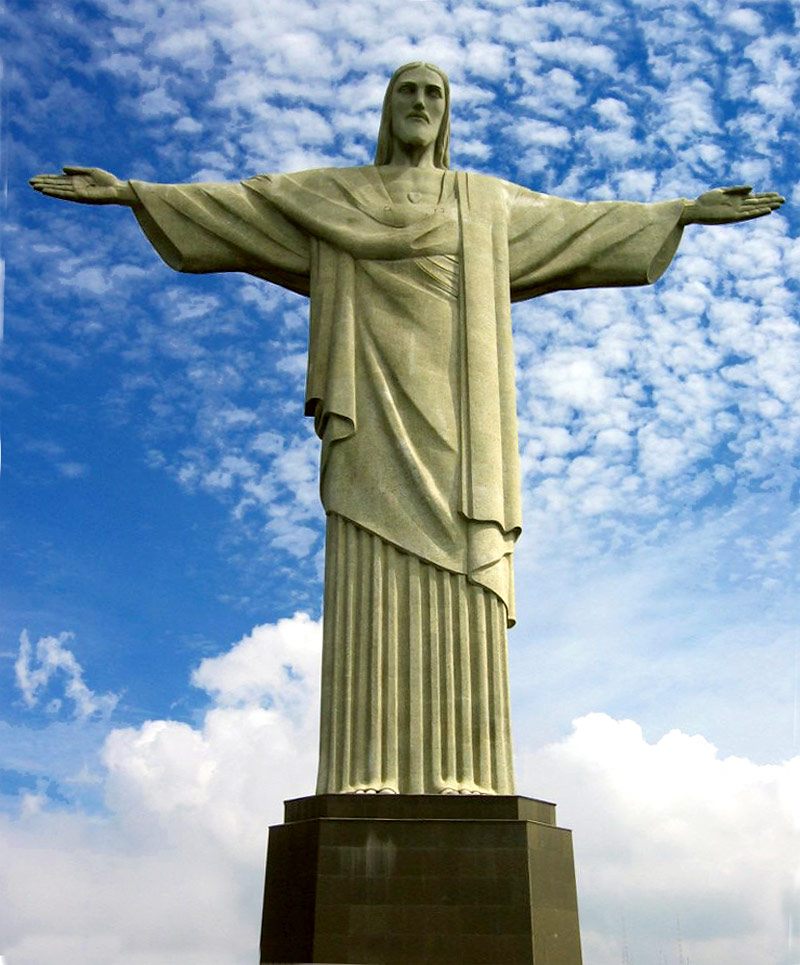 The statue’s features are 30metres (98 feet tall), weight 700 tons. It is located at the peak of the 700 m (2,296 ft) Corcovado Mountain in the Tijuca Forest National Park overlooking the city. It is the tallest of its kind of statues in the world.

A symbol of Christianity, the statue has become an icon of Rio and Brazil. When the decision was made to make such a statue, several designs were considered like a representation of the Christian cross, a statue of Jesus with a globe in his hands, and a pedestal symbolizing the world. But the statue of Christ the Redeemer with open arms was finally decided.

As of 7 July 2007, Christ the Redeemer was named one of the New Seven Wonders of the World in a list compiled by the Swiss-based The New Open World Corporation.